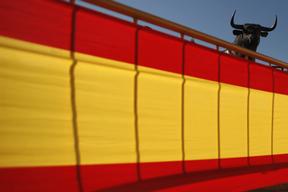 The nations of Europe are often more confusing than Europe as a whole. And three months is a short time for an economy. Those are two lessons from the preliminary first-quarter GDP releases coming out of the Old Continent.

Most of the big economies are not behaving as expected. On May 13, Germany reported a 0.3 percent increase in GDP from the last quarter of 2014. For a supposed regional powerhouse, that was weak. Conversely, the growth in France and Italy, 0.6 percent and 0.3 percent respectively, did not go along with their perma-stagnation reputations.

At least Spain is following its current stereotype. A 0.9 percent quarterly GDP increase conforms to its role as a reform-driven growth star.

The brevity of a quarter explains much of the apparently out-of-character behaviour. These numbers are calculated from rough and inadequate data, altered by probably outdated seasonal adjustments and distorted by unusual events. It is likely that all the countries will revert to type as 2015 progresses.

Stepping back, the whole European picture is clear. A 0.4 percent quarterly increase in euro zone GDP, also announced on Wednesday morning, points to a regional recovery which is real but slow.

The euro zone number was far above the equivalent 0.05 percent quarterly growth in the United States but it was a shade below the 0.5 percent expected from economists polled by Reuters. It is also a weak showing in a time of falling oil prices and currency and in a place which has only begun to recover from the 2009 recession’s massive job destruction.

Europe as a whole has many of the same economic problems as Spain, but it has not come close to finding Spain’s momentum. Slight obstacles cause significant slip-ups. With such unsteadiness, the first quarter of 2015 is unlikely to be the last to give troubling and puzzling signs.

Euro zone GDP increased by 0.4 percent between the last quarter of 2014 and the first quarter of 2015, according to a preliminary estimate from Eurostat, released on May 13. On the same day, national statistics agencies in Germany, France and Italy released GDP growth estimates for the same period of 0.3 percent, 0.6 percent and 0.3 percent respectively.

The UK statistical agency released labour market statistics for the first quarter of 2015 on May 13. Average nominal weekly wages, including bonus payments, were 1.9 percent higher than in the same quarter a year earlier. Excluding bonuses, the increase was 2.2 percent.