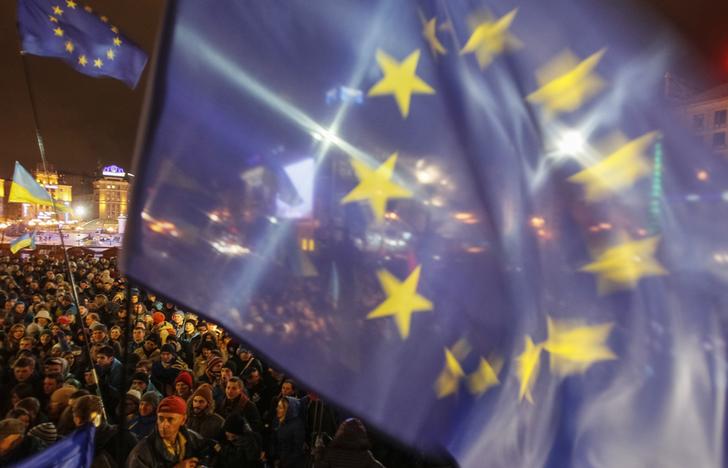 After clashes left more than 25 dead in Kiev, EU governments want sanctions. But economic measures would be crude. More important, Europe must first decide whether to try to keep on dealing with Ukraine – or to write off partnering with the current regime as a lost cause.

Students wave European Union flags during a rally in support of EU integration in Kiev November 26, 2013.

Ukrainian President Viktor Yanukovich accused pro-European opposition leaders on Feb. 19 of trying to seize power by force after at least 25 people died in the worst violence since the former Soviet republic gained independence.

European Union leaders condemned what they called “the unjustified use of excessive force by the Ukrainian authorities” and said they were urgently preparing targeted sanctions against those responsible for the crackdown.

The White House urged Ukraine to pull back riot police, call a truce and talk to the opposition. But the Ukrainian security services said they were launching an “anti-terrorist operation” across the country after the seizure of government buildings, arms and ammunition dumps by “extremist groups.”

Protesters have been occupying central Kiev for almost three months since Yanukovich spurned a far-reaching trade deal with the EU and accepted a $15 billion Russian bailout instead.