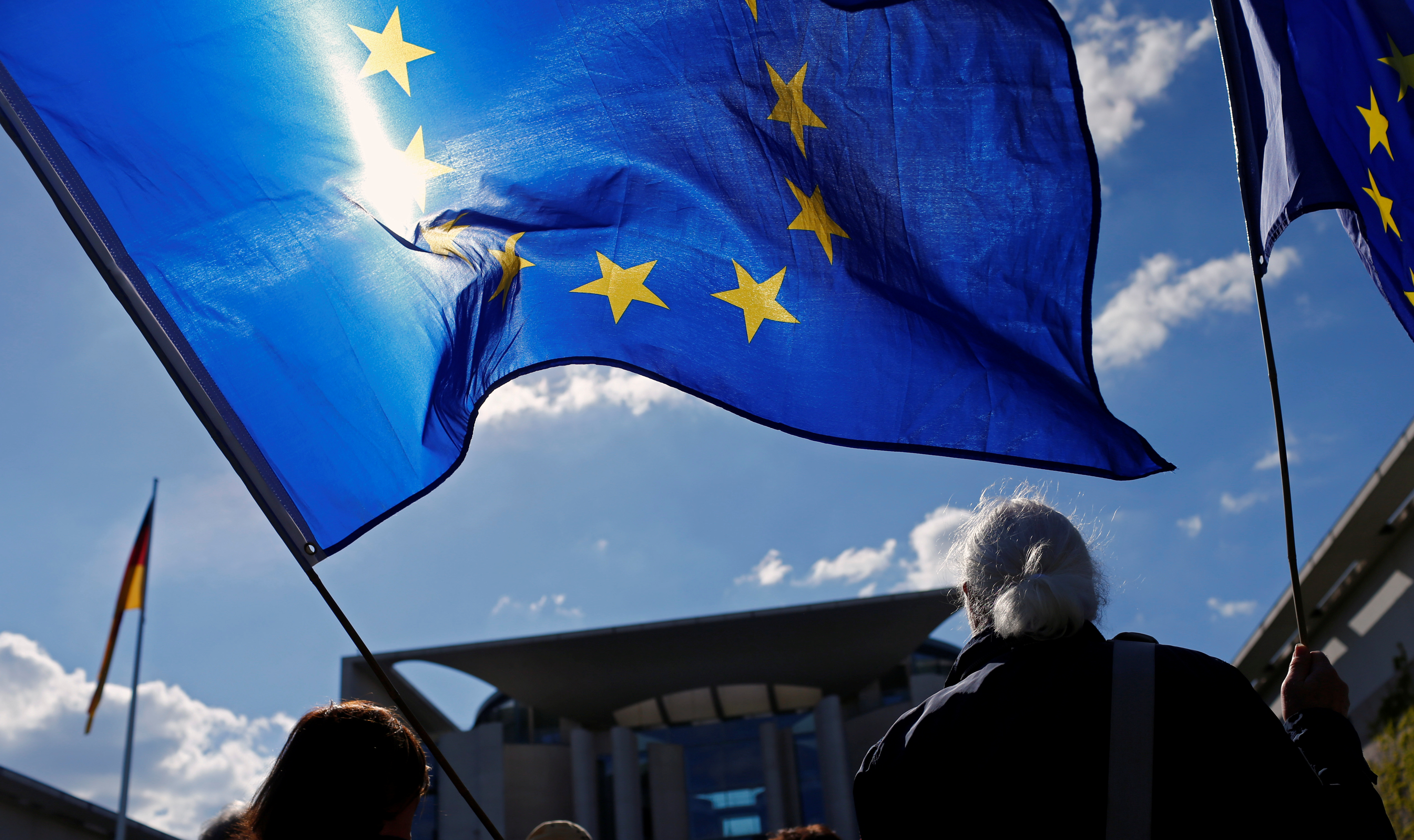 France and Germany want to help companies fend off Chinese and U.S. behemoths by merging. Yet Europe’s fragmented markets and limited state subsidies mean it will never win the size game. Better to double down on strict antitrust rules while blocking unfair foreign buyers.

EU flags in front of the the Chancellery, before the meeting between German Chancellor Angela Merkel and French President Emmanuel Macron in Berlin, Germany May 15, 2017.

France and Germany will propose changes to EU competition rules after the European Commission blocked a deal between trainmaker Alstom and Siemens’ rail business.

"It is necessary to reform the EU competition policy. It's urgent. It's part of the proposals I will make with my German counterpart Olaf Scholz in the coming weeks," French Finance Minister Bruno Le Maire said on Feb. 11.

Reuters reported on Feb. 6 that Le Maire wants a broader definition of relevant markets in competition decisions, recognition that markets are not set in stone but evolve quickly, and powers for EU ministers to override a commission decision.