Stuck in the stocks 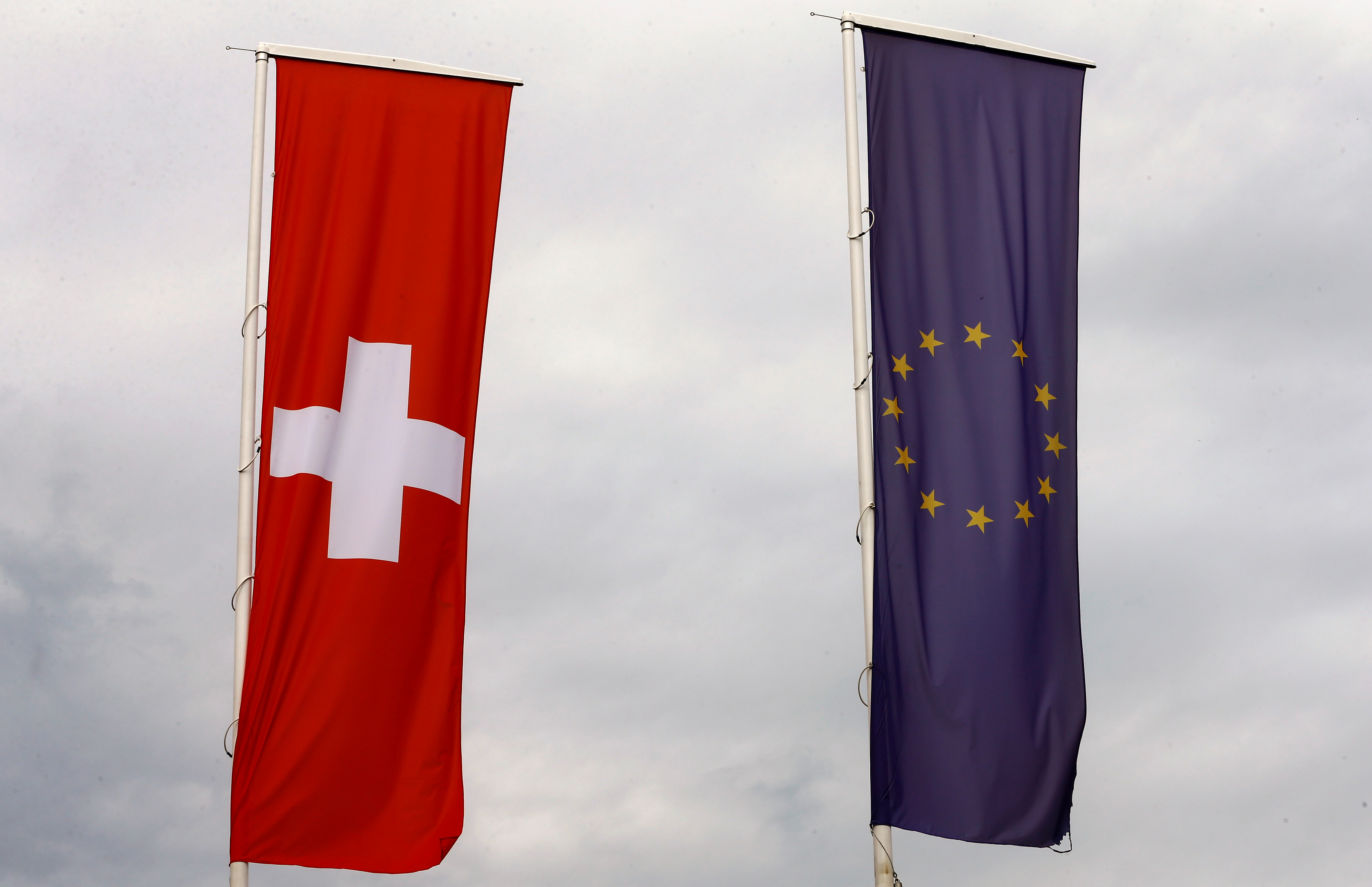 Bern’s failure to agree a pact with Brussels will see its stock markets stripped of preferential EU treatment. Transactions will be more costly, cumbersome and opaque. The UK faces similar issues if it crashes out, but the hit will be worse, and London’s defences weaker.

The flags of the European Union and Switzerland flutter in the wind in Blotzheim, France June 27, 2017.

The European Commission has said it will not grant Switzerland’s stock markets regulatory equivalence beyond July 1, following the country’s failure to sign an agreement to simplify relations with the European Union. The move will effectively ban EU-based investors from buying and selling stocks directly on Swiss exchanges.

About 70% of the trading of Swiss blue-chip stocks is done through SIX Swiss Exchange, with the rest chiefly carried out in the EU, according to SIX. EU-based traders make up most of the trading volumes on SIX.

To prevent trading from migrating to EU-based bourses, Switzerland has retaliated by saying it will ban the trading of Swiss shares on all EU venues. That includes 254 equity securities issued by companies such as Novartis, Nestlé or Roche Holding that are traded in London.

If Britain were to leave the EU without a deal, it would likely also lose its stock market equivalence.

About a third of EU share trading, by value, happens at UK-based trading venues, figures from pan-European stock trading platform CBOE Europe show. Only about 30% of those trades are originated by EU-based entities, industry practitioners have told Reuters Breakingviews.