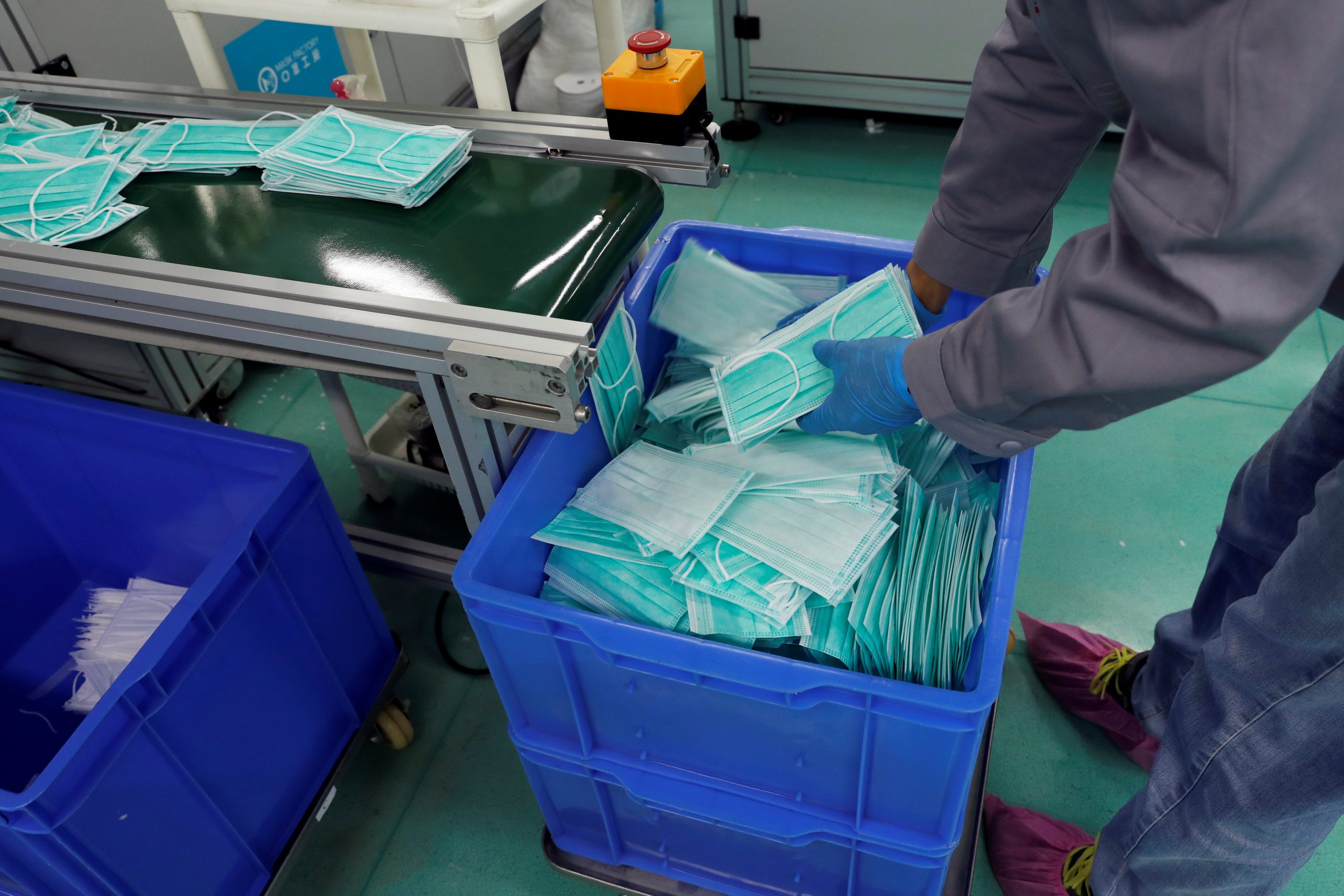 Brussels is urging member states to keep borders open with each other for healthcare supplies, following fears of national hoarding. It’s less worried about what happens beyond its bloc. That’s fine, but the stance could have consequences when the crisis subsides.

A worker works on a production line for prototype face masks at Mask Factory, following the outbreak of the new coronavirus, in Hong Kong, China February 19, 2020.

Germany said on March 14 it was amending a decree restricting the export of protective health equipment such as masks and goggles to European member states after criticism from the European Commission.

Commission President Ursula von der Leyen said on March 13 that export curbs by countries including France and Germany undermined the European Union single market when it needed to function smoothly to combat the continent-wide coronavirus emergency.

Germany and Italy triggered a national scramble for ventilators on March 13 after manufacturers warned that hospitals everywhere lacked sufficient numbers of machines to treat coronavirus patients.

Berlin is trying to stop Washington from persuading a German company working on a coronavirus vaccine to move its research to the United States, Reuters reported on March 15.

German government sources told Reuters on Sunday that the U.S. administration was looking into how it could gain access to a potential vaccine being developed by a German firm, CureVac.