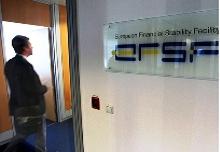 The case for the euro zone to step in and help recapitalise Spanish banks should have been a no-brainer. Spain is in a bind of its own making, but the challenge of turning its economy around has been magnified by the crisis. As for the euro zone, it has the instruments and the money to help Madrid recapitalise the country’s banks, leaving the government to tend to its own business.

This weekend’s possible mini-bailout could and should have been a simple, straightforward, shock-and-awe intervention weeks ago. Instead, time was wasted because of Spanish Prime Minister Mariano Rajoy’s misplaced pride, and because the dysfunctional euro family has been unable to put its own bailout fund to use.

Rajoy says he doesn’t know how much money the banks need, so there’s no point in tapping the bailout fund. But the specific number isn’t the central issue for now. Spanish banks may need anything between 40 billion and 100 billion euros. What matters is that the European Financial Stability Facility steps in, in principle. And if the first round isn’t enough, there will always be time to add more later.

The sticking point has been for too long whether the EFSF or its successor, the European Stability Mechanism, should be allowed to rescue banks directly, or indirectly through governments. Rajoy has been adamant that Spain doesn’t need a full bailout a-la-Greece, and he may be right. But obsessing about the stigma of aid has done nothing to calm markets.

Germany’s symmetric obsession – conditionality – has also been a major impediment to a deal. Rajoy wasn’t ready to accept humiliating conditions forced upon his government, which is already doing a lot to get out of the morass.

Too much energy has been spent on trying to spare everyone’s feelings. Fig leaves can always be found. The EFSF could for example lend to Spain’s FROB bank fund, if direct bank recapitalisation remains a no-no. In any case the “conditionality” should be limited to the government’s supervision of the banking sector. Any attempt at forcing Spain into extra austerity wouldn’t square with the European Commission’s own proposal to give the country more time to meet its deficit-reduction targets.

It looks like the parties are getting closer to a rescue. Better planned, it could have been almost unremarkable. Now it can’t avoid being a big deal.

Spain is expected to request European aid for its ailing banks at the weekend to forestall worsening market turmoil, EU and German sources said.
Four senior EU officials said finance ministers of the 17-nation single currency area would hold a conference call on Saturday to discuss a Spanish request for an aid package, although no figure had yet been set.

Spain is expected to request European aid for its ailing banks at the weekend to forestall worsening market turmoil, EU and German sources said.
Four senior EU officials said finance ministers of the 17-nation single currency area would hold a conference call on Saturday to discuss a Spanish request for an aid package, although no figure had yet been set.