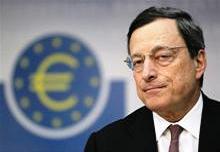 The move towards euro zone bank union should spur fatter capital buffers. As the region inches towards creating a collective safety net for its lenders, it will focus on reducing the cost to taxpayers. After all, there are no votes in telling German citizens they need to bail out rotten banks in other countries.

The planned 100 billion euro bailout of Spain’s lenders is already concentrating minds. As part of that deal, Madrid will be required to “bail in” subordinated bondholders. The European Central Bank even suggested haircutting senior bondholders, although governments eventually decided not to go that far, according to a report in WSJ. That’s a welcome volte-face by the central bank. Only last year, it strenuously opposed inflicting losses on senior bondholders of Irish banks, fearing this would provoke contagion.

If a bank goes bust, there is always the risk of a domino effect. Even if it is rescued but its bondholders are haircut, other banks could be denied access to funding and also go bust. Hence, the temptation to bail out lenders without inflicting losses on bondholders. But such an approach will be politically untenable in a banking union.

One way forward is to copy the UK and require lenders to issue a minimum amount of bail-in debt, which could either be haircut or converted into equity if a bank got in trouble. It would constitute a second buffer on top of equity capital. One advantage of identifying debt in this way when it is issued is that bondholders would then have no reason to be surprised if they ended up with losses. The contagion would therefore be minimised.

The UK has decided that the two buffers combined – equity plus bail-in debt – should be 17-20 percent of banks’ risk-weighted assets. That’s roughly two or more times the minimum equity capital level agreed under the new global Basel III accord. The European Commission has so far hesitated following suit, merely noting that if banks held bail-in debt equivalent to 10 percent of risk-weighted assets taxpayer losses would be limited. As the euro zone embarks on the long road to banking union, it should turn that observation into a requirement.

Mario Draghi, President of the European Central Bank (ECB), addresses the media during his monthly news conference at the ECB headquarters in Frankfurt, July 5, 2012. REUTERS/Alex Domanski

Mario Draghi recently proposed to euro zone finance ministers that senior bondholders in failed Spanish banks should be forced to accept write-downs, the Wall Street Journal reported on July 16. The ministers decided not to take the president of the European Central Bank’s advice.
The ECB said: “The ECB’s advice aims to ensure that treatment of senior bondholders is in line with EU rules.” By EU rules, the central is understood to be referring to a draft directive that would encourage governments to bail-in bondholders of failed banks.