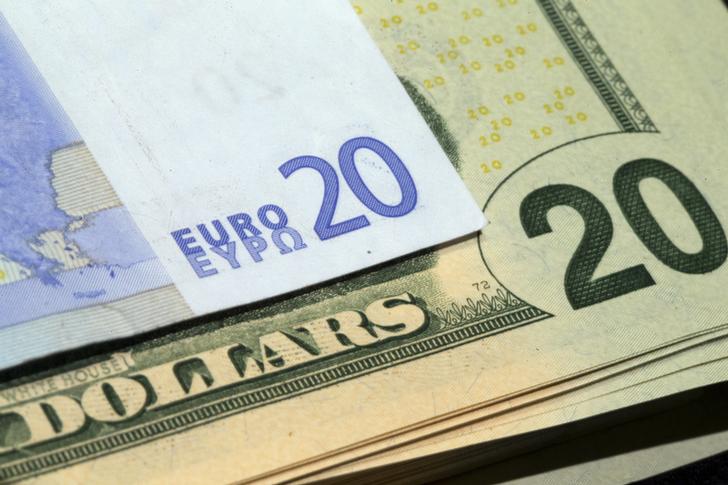 The euro is down and the dollar is up. The currency moves reflect expected monetary policy, but seem to ignore everything else.

GDP growth in the United States has been stronger than in most of its developed world trading partners. The foreign exchange movements since May – a 15 percent increase of the trade-weighted dollar index and a 14 percent fall of the euro against the greenback – anticipate the policy consequences of this recovery. Thanks to reasonable growth, the U.S. Federal Reserve has ended its quantitative easing programme. The first increase in the policy rate since 2006 is expected sometime in 2015.

The international contrast is great. The Bank of Japan is pushing forward with the largest QE programme in modern history. The European Central Bank seems finally to be about to start money printing too.

Whether the prospect of a percentage point or so differential in policy interest rates justifies the currency moves is hardly relevant. The foreign exchange market is susceptible to herd instincts and a selective focus. For the last two quarters, interest rates have dominated traders’ thinking.

That might not last. When the ECB actually introduces QE, there will be much less to expect, especially if Greece doesn’t leave the euro zone. Markets will have to face the hard truth about monetary policy – that it has only a modest effect on GDP growth, employment and trade positions. Then investors’ collective attention might shift, perhaps to trade. The euro zone trade surplus will be 2.2 percent of GDP in 2014, while the U.S. deficit will be 2.3 percent, according to Barclays. That points to a stronger euro.

The oil price fall could also be interpreted as dollar-negative. The United States imports a smaller share of its oil than either the euro zone or Japan, so it gains less from the decline. Besides, lower prices threaten the prospects of America’s formerly burgeoning shale industry.

The exuberance over the dollar and the dismay over the euro are not entirely irrational. But when the longstanding expectation of euro zone monetary easing turns into fact, it may be time to sell the greenback.

The euro dived below $1.20 to its lowest since early 2006 on Jan. 5, the dollar starting 2015 as most banks believe it intends to go on this year – higher across the board.

U.S. dollars and euros banknotes are seen in this illustration photo taken at a change bureau in Paris, October 28, 2014.

The euro dived below $1.20 to its lowest since early 2006 on Jan. 5, the dollar starting 2015 as most banks believe it intends to go on this year – higher across the board.