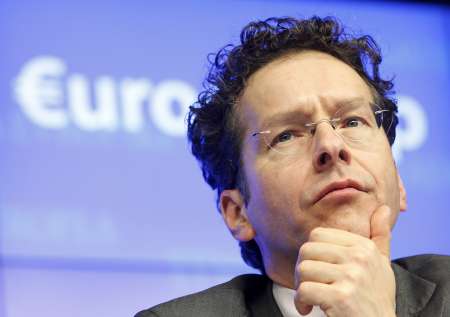 Euro zone finance ministers took the risk of sending the Cypriot economy back to the stone age, with a tough bank restructuring and conservative approach on how much debt the country could take on. They now have a chance to show their sensitive side by giving Portugal and Ireland an extension on their bailout loans. They should seize it: playing hardball again would be self-defeating.

Lisbon and Dublin have asked their partners to extend the maturity of their bailout debt by up to 15 years – terms similar to those extended to Greece last year. Both countries face steep debt maturities this decade and think an extension will help them regain market access.

Ireland’s request is the cheekier of the two. It’s hard to make the case that the extension would make or break the country’s market access; its 10-year borrowing costs are comfortably lower than both Spain’s and Italy’s. Extending debt would allow Dublin to lock in cheap funding, and free up some of a 20 billion euro cash buffer that sits idle in the country’s coffer.

The benefits of an extension are greater for Portugal. Lisbon can raise funds, but European lenders worry it is over-reliant on hedge funds. Ten-year yields, at over 6 percent, are too high. Markets worry about growth, and the political sustainability of its austerity programme, particularly after the constitutional court rejected a raft of spending cuts. A maturity extension would make the programme more palatable to voters.

Neither country is likely to get the 15 years they ask for. The Eurogroup seems to have settled on a compromise of seven years. Even this may be opposed by Germany, which has argued an extension would need Bundestag approval and may demand further commitment to reform.

Extending the loans won’t cost very much, and the commitment to provide cheap funds for longer should make markets more generous to Lisbon. That would take Portugal closer to Ireland, Spain and Italy, which have sufficient market access for investors to believe that the ECB might one day start buying their bonds. The extension is a no-brainer: without it, Portugal is more likely to need further help at a later stage. And, after Cyprus, showing a little solidarity will be a good public relations exercise for the euro zone.

Jeroen Dijsselbloem, head of the Eurogroup of euro zone finance ministers said he hoped the group would be able to agree on a debt extension for Portugal and Ireland, Reuters reported on April 11.
“The intention is very positive to look at the extension of the maturities both for Ireland and for Portugal”, Dijsselbloem told a news conference. “I hope that we will be able to finalise that tomorrow”, he said.
The so-called troika of lenders, the International Monetary Fund, the European Central Bank and European Commission proposed a seven-year extension of both countries bailout loans. Portugal and Ireland had asked for a fifteen-year extension.