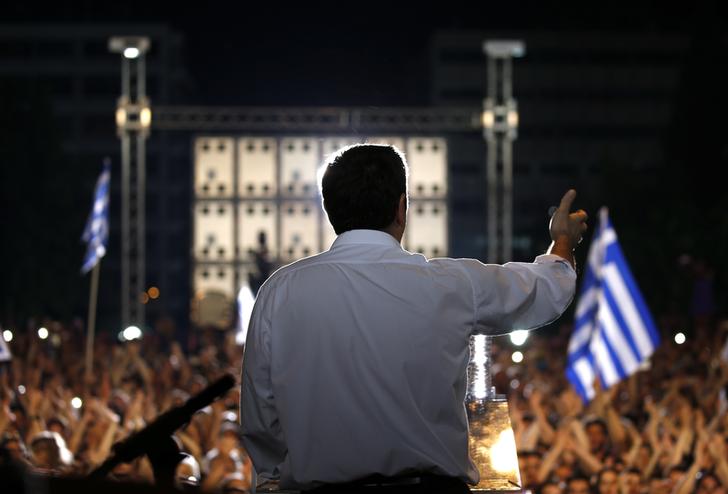 European ministers could keep Greece in the single currency despite the country’s “No” vote. German Chancellor Angela Merkel has the domestic power to do a deal. Yet other member states have an incentive to punish populism. Calm peripheral markets are another reason to be tough.

Greece’s referendum result “widens the gap” between the country and its creditors, Valdis Dombrovskis, the European Commission’s vice president for the euro, said at a press conference on July 6.

Greeks voted to reject a bailout from the country’s creditors on July 5, with 61.3 percent of the voters against a deal based on a proposal from June 25. Yanis Varoufakis, Greece’s finance minister, resigned on July 6, citing requests by euro zone creditors to Greek Prime Minister Alexis Tsipras, and Tsipras’ belief that his resignation would facilitate a deal.

Spanish Economy Minister Luis De Guindos said Spain was open to negotiating a new bailout for Greece, but played down the chance of a debt haircut as requested by Greece, saying that it is “more important” to focus on measures to boost growth, according to Reuters.

German government spokesman Steffen Seibert said the country was open to talks with Greece but that the referendum result meant that “conditions to start negotiations on a new aid programme are not yet met”, Reuters reported on July 6.