Give growth a chance 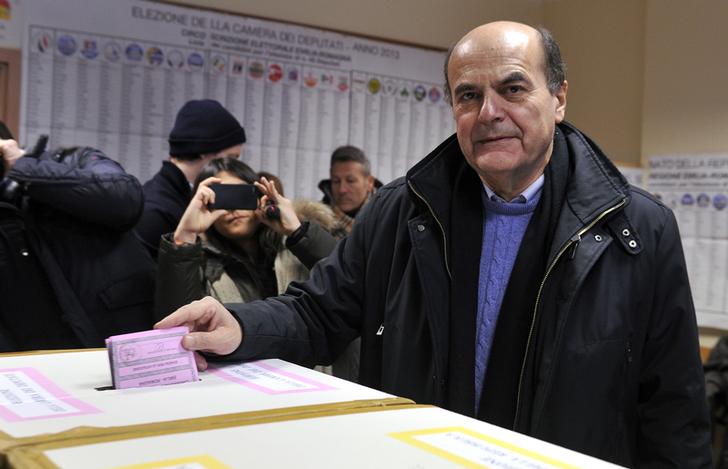 The downside of democracy is that people take it seriously. The Italians have spoken, in their effervescent, yet rather clear way. Europe’s powers-that-be are sorry that the “pro-reform parties” didn’t win a governing majority in Rome. The vote has opened weeks of political uncertainty the country could do without. Whatever its next government, and no matter how stable it proves, Italy will pay a price if it fails to reform.

The group of “austerians” who currently rule in Brussels and Frankfurt, on the other hand, should also consider reforming their ways. Their harsh sermons on austerity, and their overt preference for the “technocratic” government of Mario Monti, which bordered on meddling, contributed to the current mess.

Italians have rejected the rule of technocratic reason, the canons of which are elaborated in the corridors of the European Commission and the European Central Bank. Who can blame them and what has reason done for them? Technocracy has left Italy with an 8 percent unemployment rate and GDP at 8 percent below its 2007 peak.

It may be that Italians remembered how Monti’s predecessor, the indefatigable Silvio Berlusconi, had to go in November 2011 after a coup orchestrated by France, Germany and the ECB. Sunday’s elections could simply mean a return of Italian politics to Italians. For better or worse, this is as it should be.

The priority of the next government should be growth – the election does not change much. Whoever is in power will be helped by Monti’s fiscal legacy, a primary surplus of more than 3 percent of GDP. And any government will be constrained by the stick of the market and the carrot of the ECB.

Yields on 10-year Italian government bonds rose to 4.8 percent on Tuesday but they remain 2.5 percentage points below their crisis high in November, 2011. And the prospect of ECB intervention will calm nerves as long as the Italian government doesn’t embark on irresponsible policies.

Meanwhile, the best thing Europeans can do is remain silent when a country decides it prefers democracy and growth to technocracy and austerity.

The Italian stock market fell and state-borrowing costs rose on Feb. 26 as investors took fright at political deadlock after a stunning election that saw a protest party lead the poll and no group have a clear majority in parliament.
In a sign of where that might lead, former Prime Minister Silvio Berlusconi indicated his centre-right might be open to a grand coalition with the centre-left bloc of Pier Luigi Bersani, which will have a majority in the lower house thanks to a premium of seats given to the largest bloc in the chamber.
Results in the upper house, the Senate, where seats are awarded on a region-by-region basis, indicated the centre-left would end up with about 119 seats, compared with 117 for the centre-right. But 158 are needed for a majority to govern.