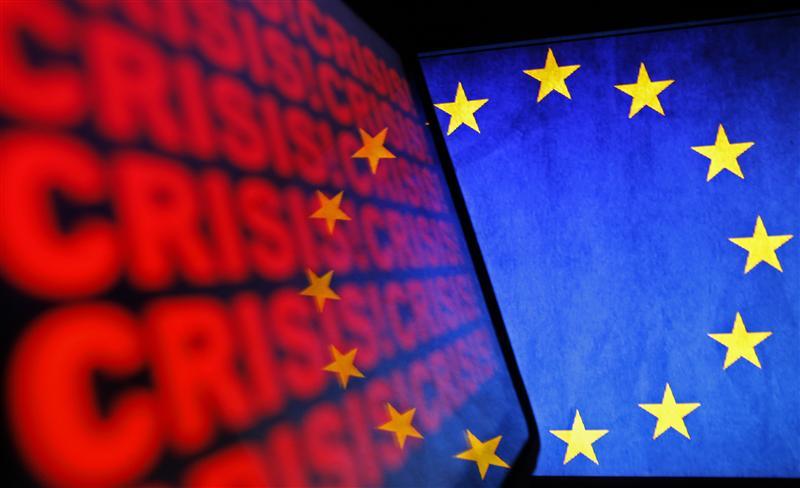 The euro zone will flit between crisis and catharsis in 2015. Populist parties are on the rise, the economy is stalling and governments are paralyzed by their divisions. On the other hand, the euro zone has stronger banks and an activist European Central Bank. There is cause for hope, but it is tiny.

The euro area may boast a fiscal deficit of only 2.3 percent of its gross domestic product, but that goes together with – and partly explains – lacklustre growth. The IMF expects the euro zone to grow 1.3 percent next year while the world economy will grow three times as fast. Two of the largest economies, France and Italy, are stuck.

At least there are two tailwinds. Banks have been recapitalized, and should be able to lend. And the ECB has become more active, after being prodded into credit easing by the threat of deflation.

Combined with lower oil prices, these should keep growth strong enough to prevent massive economic shocks. The ECB’s policy should keep asset prices buoyant, and weaken the euro. Yet the euro zone will remain overly indebted, trapped in a fiscal straightjacket due to political paralysis, with the unemployment rate forecast by Citigroup at 11.2 percent. That will provide fodder for rising populism.

The threat may boil over in several places. Greece may see early elections with left-wing Syriza, which wants to renegotiate the country’s debt, standing reasonable chances to be part of a government. Italian premier Matteo Renzi may also be forced to call early elections if his reform agenda stalls. That could hand greater power to the Northern League, which advocates leaving the euro. Spanish elections could see Podemos, whose radical policies might lead to a euro breakup, influence policies in Madrid.

Europe has the wherewithal to counter the populist threat. Healthy banks and proper monetary policy are a good start. But governments need to push ahead with growth-friendly reforms. These take time, so looser fiscal policy is needed in the shorter term. And governments need to listen to the populists: debt restructuring shouldn’t be a taboo.

It’s probably too much to expect tough action, barring economic disaster, as long as the ECB keeps loosening its policy. Central bank head Mario Draghi is determined, but as long as he doesn’t get any help from the monetary union’s governments, his fight to boost growth in the long term will be a losing one.