The root of the problem 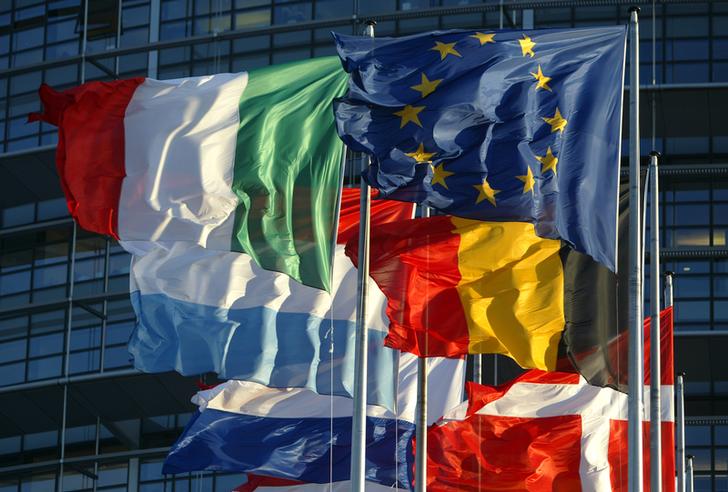 Suppose that the euro zone economy was exactly the same as it is now, except that the ratio of sovereign debt to GDP was 9 percent instead of 92 percent. In that alternative reality, recent economic data would be depressing, but not worrying.

Yes, Italy has structural problems, exemplified by the 0.2 percent quarterly decline in GDP and the 9 percent fall since its 2008 peak. Yes, the German recovery seems to have stalled, with a 1.5 percent decline in industrial production between the first and second quarters. And it is hardly a sign of strength that the whole euro zone’s GDP is still 3 percent below the peak.

Investors are upset at the slow growth, but for its residents, most of the euro zone remains a prosperous and secure place to live. Stagnant GDP is far from disastrous, especially considering the very slow increase in population. Residents should be much more upset about the 11.5 percent unemployment rate. When GDP was last at the current level, in 2007, the rate was 7.5 percent.

In a low-debt alternative world, euro zone governments would be able to borrow to fund job creation programmes. In that happy place, the European Central Bank and bond investors would not mind, since the additional borrowing would not threaten solvency, even if the programmes did not lead to higher tax revenues.

The authorities and the markets would be equally unperturbed by the 0.5 percent inflation rate. Price stability is not necessarily a bad thing if there are few debts to worry about.

But there are debts, so the current mix of low inflation, slow growth and borrowing governments is financially toxic. For all the talk of euro zone austerity, the government debt load has steadily increased, by 7 percentage points of GDP between 2010 and 2013, with another small addition certain this year.

Debt pressure could easily tip the euro zone into another crisis. Interest rates are low and the ECB is doing what it can to help, but an otherwise not-too-ill region could be suffocated by its governments’ debts.

File picture shows European Union member states' flags flying in front of the building of the European Parliament in Strasbourg.

Italy’s gross domestic product declined by 0.2 percent between the first and second quarters of 2014, the national statistical agency announced on Aug. 6. The result was below all forecasts in a Reuters survey of 25 analysts, which had pointed to a second-quarter GDP gain of 0.2 percent. GDP was 0.3 percent lower than in the second quarter of 2013.

German industrial output rose 0.3 percent on the month in June. The average forecast was for a rise of 1.3 percent. The second quarter’s output fell 1.5 percent from the previous quarter. The decline followed five consecutive quarterly increases.