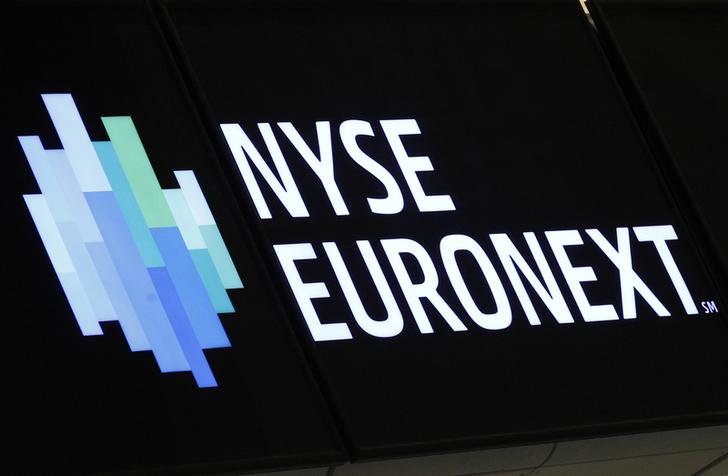 Euronext’s initial public offering looks like a tough sell. The European exchanges group is seeking a valuation of between 1.3 and 1.8 billion euros when it floats later this month. Anchor investors have a vested interest in backing the issue. But for other buyers, it is a leap of faith.

IntercontinentalExchange is selling down its holding after inheriting the business with its purchase of NYSE Euronext last year. Some of the IPO has already been allocated. Cornerstone investors, mainly banks, are to buy a third of the shares at a slight discount to the IPO price, in return for a three-year lockup. As users, their involvement makes sense. Then, 10 percent of the offering is set aside for retail investors, with another 2 percent set aside for other institutions. That may add some needed tension to the process.

Euronext’s pitch is that it will benefit from European economic recovery, a global shift from bonds to stocks, and increased capital markets activity as European banks scale back lending. It also wants to diversify away from vanilla equity trading into derivatives. As a result, the group expects to achieve average annual revenue growth of 5 percent, and EBITDA margins of 45 percent.

Those targets may be more conservative than some peers. But they look a stretch given recent performance. Revenue fell 11 percent in 2012 and 3 percent in 2013. London Stock Exchange grew turnover in both years. First-quarter revenue in the current year also fell from a year earlier. Annual EBITDA margins were last above 45 percent in 2011. The forthcoming Financial Transactions Tax, and a possibly secular reduction in trading activity, could restrict any upturn in volumes.

Efficiencies may compensate. But planned cost cuts of approximately 60 million euros over the next three years could be hard to deliver: only one-third relates to the ICE separation.

If currently depressed earnings return to their 2012 level of 113 million euros, the price range puts the shares on a forward earnings multiple of 11.7 to 15.5, against about 14 for the peer group. Free of ICE control, new management may be invigorated. But the track record justifies a discount valuation.

A NYSE Euronext sign is seen over the the floor of the New York Stock Exchange, May 14, 2012.

Euronext said on June 10 it aims to sell between 880 million euros and 1.158 billion euros of shares in an initial public offering that would value the European financial markets operator at up to 1.75 billion euros ($2.38 billion).

IntercontinentalExchange, Euronext’s parent, will offer up to 60.15 percent of the capital of the company in the IPO, which is expected to be priced at between 19 and 25 euros per share.

The flotation will be on Euronext’s Paris, Amsterdam and Brussels bourses in the first instance, with a later listing in Lisbon.

IntercontinentalExchange acquired NYSE Euronext in an $11 billion deal last year, and the U.S. exchange group committed to spinning off Euronext.

European regulators approved ICE’s takeover of NYSE Euronext on condition it kept a 25 percent stake in Euronext for three years, or found appropriate investors to replace it.