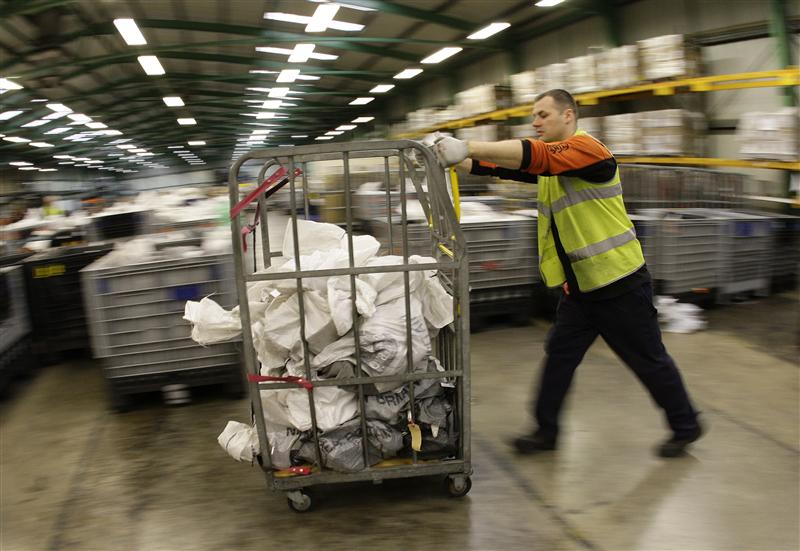 Acquisitive companies beware: Joaquin Almunia is not always interested in the bigger picture. The European competition commissioner has nixed his second transatlantic mega-merger in a year, signalling he would block TNT’s 5.2 billion euro takeover by U.S. rival UPS. He had consigned the Deutsche Boerse – NYSE deal to the scrapheap in February, 2012. Both times, the companies argued fruitlessly that they were subject to wider competitive forces than those considered in the commission’s analysis, which defined the markets in question rather narrowly. Both times, the EU competition czar failed to be impressed.

Almunia is no pushover, but it is not clear he is tougher than predecessor Neelie Kroes. Both are sceptical of “behavioural” promises to safeguard competition, preferring “structural” solutions such as sell-offs to bolster rivals.

Here, the plan mixed both approaches, and aimed to build up DPD, a unit of France’s La Poste, as a viable third player in the market for integrated European road and air freight deliveries. But after several revisions, an acceptable deal was not forthcoming. And so UPS, not historically an acquisitive company, sensibly walked away rather than do a deal that no longer promised acceptable returns.

TNT Express now needs a proper standalone strategy, the definition of which should be the main task of whoever replaces recently-departed Chief Executive Marie-Christine Lombard. With a big takeover now unlikely, striking narrower alliances with rivals would help TNT gain heft.

Meanwhile, UPS’s European and Asian ambitions have been dealt a serious setback. The company must also cough up a 200 million euro break fee. A share buyback might help soothe UPS restive shareholders. Others must be hurting too: merger arbitrageurs betting on the deal’s success will have lost big time, while TNT’s part-owner, Dutch domestic mail group PostNL, is stuck with a near-30 percent stake it will not be able to shift soon.

TNT admits the tortuous process was a distraction. It will now try to soothe customers and employees, and ponder how to improve profitability. UPS nemesis FedEx showed little appetite to buy all or part of TNT, but might be persuaded into an operational alliance that would strengthen both partners. A similar deal with DPD could also help. But delivering value to shareholders is going to be a long haul.

A worker sorts mail at a TNT sorting office in Wellingborough

On Jan. 14, United Parcel Service said it would withdraw its 5.2 billion euro ($6.9 billion) offer to buy TNT Express NV of the Netherlands, after the European Commission told the two sides it planned to block the takeover. The Commission, the executive arm of the European Union, polices competition in the EU. UPS will now pay TNT a 200 million euro break fee.
Shares in TNT plunged, falling as much as 50 percent to 4.051 euros. UPS had offered 9.50 euros a share. TNT said it would focus on reassuring customers and employees, and would take “further steps to improve profitability”.