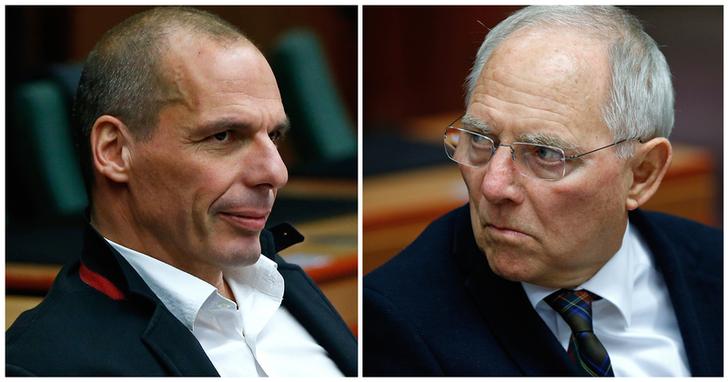 Athens wants to slice its primary fiscal surplus to one-third of the level agreed in its current bailout programme. That might leave debt too high for comfort – yet there is room for a compromise that Greece’s euro zone partners could afford.

Greek Finance Minister Yanis Varoufakis on Feb. 16 asked his euro zone colleagues to agree to a reduction of Greece’s primary deficit target to 1.5 percent of gross domestic product. A 1.5 percent surplus, which measures the budget balance before interest costs, would be “up to the task” of ensuring that Greece’s debt was sustainable over the long term, Varoufakis said.

The average primary surplus for the euro area is expected to be 0.4 percent in 2015, according to European Commission forecasts in January. The surplus proposed by Varoufakis would be lower than both Italy’s and Portugal’s in 2015 and 2016, according to the EC forecasts.