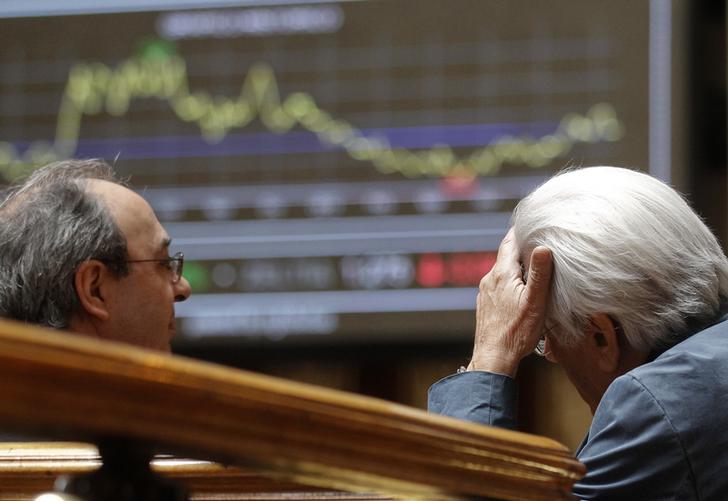 Immunity to infection is fading in euro zone debt markets. The gap between German and other yields is widening sharply as Athens and its creditors harden positions. EU authorities can offer boosters to restore the power of their peripheral debt inoculation. They may have to.

Traders talk next to electronic boards at the stock exchange in Madrid.

Italian, Spanish and Portuguese bond yields leapt on June 16 in one of the most aggressive episodes of contagion since the height of Europe’s debt crisis after the latest breakdown in talks between Greece and its creditors.

A European Central Bank bond-buying plan crafted at the height of the euro zone crisis is in line with European law, judges from the European Court of Justice ruled on June 16, throwing their weight behind the ECB and rebuffing a German challenge.

European Central Bank President Mario Draghi said during an appearance at the European Parliament on June 15: “We are closely monitoring conditions to detect signs of an unwarranted tightening of our stance, to which we would need to react.”

Draghi also said that Greece’s crisis showed the single currency was “an unfinished business” and called for a “quantum leap” in integration. He added: “We should ask ourselves whether the design of this monetary union is solid, resilient or, as I hinted before, still quite fragile and we should address the fragilities.”