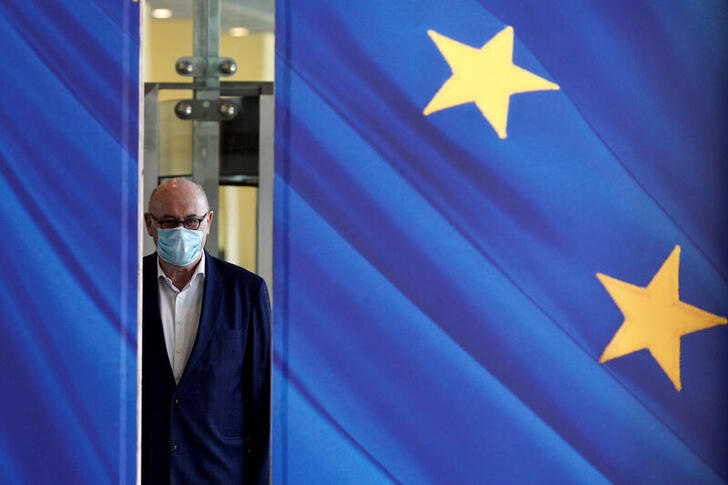 Germany, Britain and France have approved $140 bln in state-backed loans to firms. As that number rises, so does the risk of a damaging debt overhang. Linking repayments to profit, so that some companies pay nothing, would help forestall that growth-sapping scenario.

A man wearing a face mask walks past the European Commission headquarters as the spread of coronavirus disease (COVID-19) continues in Brussels, Belgium May 14, 2020.

Germany, France and Britain have since March offered government-guaranteed loans to companies suffering because of coronavirus lockdowns.

A spreadsheet published by Britain’s Treasury showed that, as of May 17, British banks had approved 22 billion pounds’ worth of loans through three separate state-supported schemes, mostly targeting small firms.

As of May 19, Germany’s state development bank KfW had received 48,120 applications for 45 billion euros of government-guaranteed loans. Reuters reported on May 13 that the body’s approval rate was running at about 58% of the total sum.

France has approved 74 billion euros of state-guaranteed loans for 445,000 companies since the crisis started, a finance ministry spokesperson told Breakingviews on May 20.