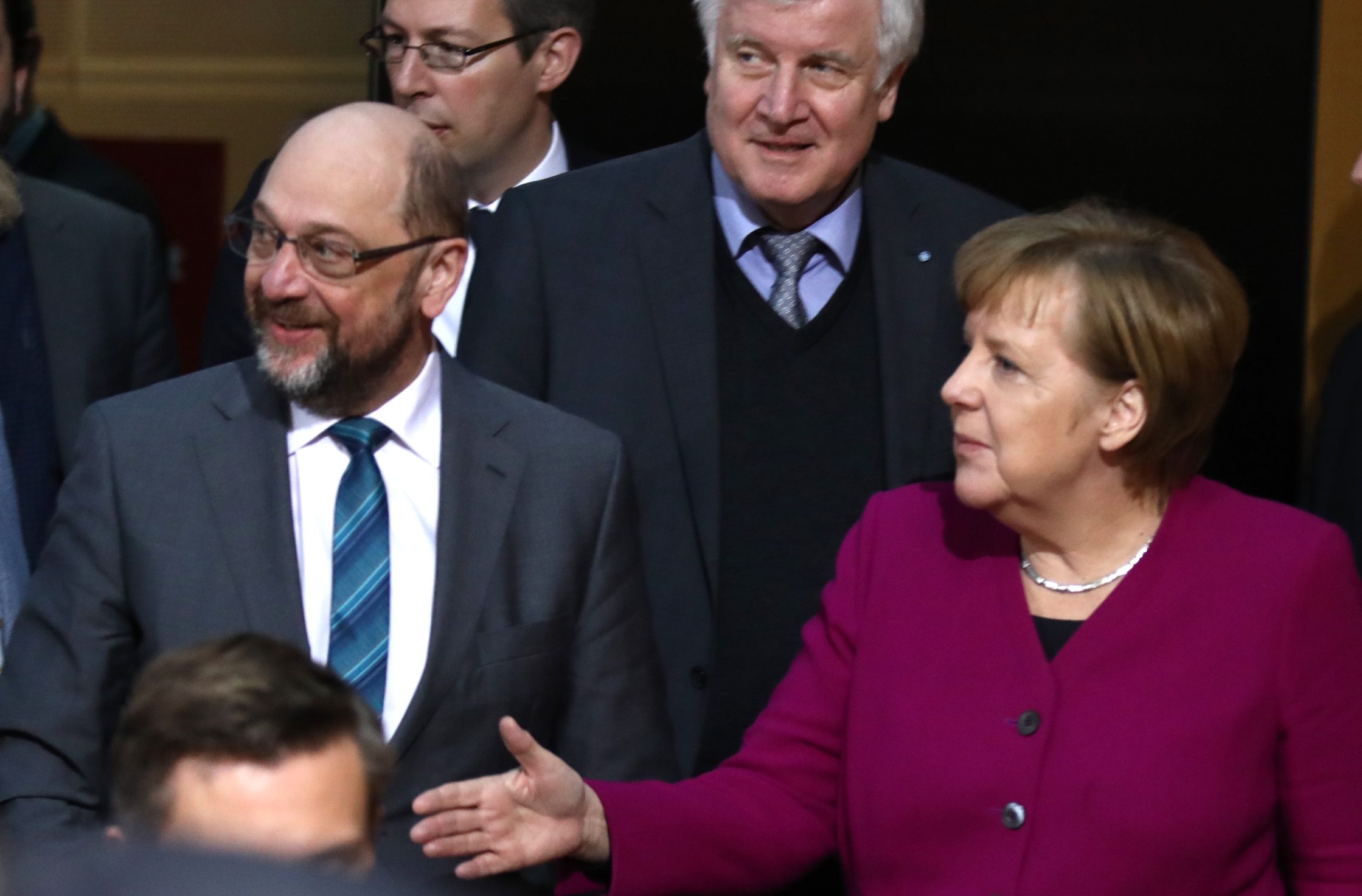 Chancellor Angela Merkel has offered the Social Democrats the finance ministry to persuade them to join a government. Even so, the SPD rank and file may not like it. But the accord implies less fiscal rigour, which could help forge better ties across the European Union.

The SPD will take six ministries, including finance and foreign affairs, German media reported. Merkel's Christian Democrats will get the economy and defence ministries while their Bavarian allies, the Christian Social Union, will provide the interior minister, according to media reports.

The deal is subject to approval by the SPD's 464,000 members in a postal ballot.