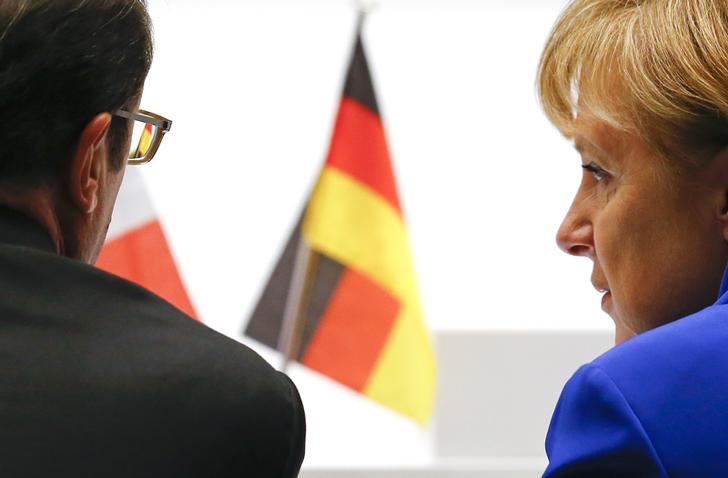 Europe’s economic stagnation has a lot to do with its political paralysis. In 2014, the emphasis was on what governments should have done – and could still do – to boost the continent’s potential after two years of EU economic contraction. In 2015, the crisis at the heart of Europe’s malaise, the breakdown of the French-German partnership, will take centre stage.

Either Paris and Berlin make the case for a rejuvenated, reformed Europe and justify the hopes of the many countries which still want to join, or they fail and the European project is at risk of sinking slowly, from crisis to crisis, into oblivion. The EU has always been first and foremost a political project, kept in check by economic and financial market realities. If its two main architects lose interest, or are too focused on their own problems to work on their relationship, the undertaking can fast turn sour.

Europe’s economic disputes are fading, despite dramatic headlines. A broad consensus has emerged on the need for both fiscal discipline and structural reforms to boost GDP growth, forecast by the IMF to be an anaemic 0.8 percent in 2014 and 1.3 percent in 2015. The disagreement is on timing.

Another problem is trust, or the lack of it. Berlin doesn’t believe France is committed to sound economic policies. The Germans remember that Europe’s pre-euro history was marked by repeated French franc devaluations. Meanwhile the French worry that ageing Germany has lost interest in the European project since the Cold War ended.

But cracks are beginning to show in the German economic model and France seems at last to have a government that means business. Both countries have to deal with challenges such as the rise of radical parties and the crisis in Ukraine, a reminder that peace on the continent is not a given. These are opportunities for leaders on both sides of the Rhine to remember why they built Europe in the first place.