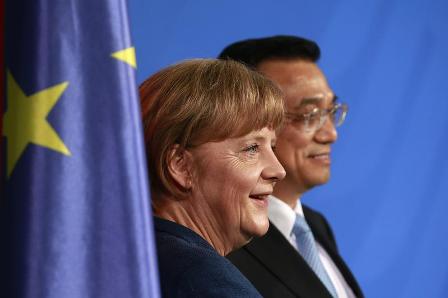 European opposition to tariffs on Chinese solar panels sounds like turkeys voting for Christmas. After all, China has used cheap state financing to lower the cost of making solar equipment – and European companies like Germany’s Solar World have borne the brunt. Yet the reluctance of most EU member states to back proposals for a punitive tariff is smart. In a world of cross-border supply chains, Europe has too much to lose by pushing the point.

Germany, which is leading the charge against the European Commission’s proposed duties, is also the hardest hit by China’s rise from making almost no solar panels a decade ago to some 60 percent of the world’s total output. Among the casualties of the adjustment were Germany’s Q-Cells, once the world’s biggest cell maker.

Yet German economy minister Philipp Roesler has said that imposing provisional tariffs, which kick in on June 6, is a “grave mistake”. He is right for two reasons. The traditional fear, dating back to the global trade slump of the 1930s, is that tariffs breed retaliation in kind. That may happen. China imports most of the polysilicon that goes into solar panels, for example, and is mulling whether Western firms sell for less than their costs.

But nowadays the reality is more complex. Where countries like Germany really benefit isn’t just by selling to China but by producing there. Consider Volkswagen, the German car-maker. It plans to make 40 percent of its current production in China by 2018, to capitalize on lower-cost labour and growing customer demand. Across the EU, $16 billion of investment income came from mainland China in 2012. It wouldn’t require anything as blatant as trade tariffs for China to make life harder for European companies with big manufacturing bases in the country.

Ultimately trade isn’t really about absolute rights and wrongs, but about balancing interests. That explains why despite talk of a return to the 1930s, and China’s continuing support for strategic sectors, trade wars haven’t happened. The cost of solar panels coming from China may be too low, but as far as tariffs are concerned, the best hope is that politicians continue to see the light.

German Chancellor Angela Merkel (L) and Chinese Premier Li Keqiang attend a news conference after talks at the Chancellery in Berlin May 26, 2013.

The majority of European Union governments oppose a plan to impose duties on Chinese solar panel imports, a survey of member states showed on Monday. The European Commission has accused China of selling panels below cost, and plans to introduce protective tariffs of around 47 percent.
Reuters spoke to 21 of the EU’s 27 countries and confirmed that 15 opposed the duties proposed by trade commissioner Karel De Gucht. France and Italy are among those in favour. Germany’s economy minister Philipp Roesler on May 27 told press there was “no need” for sanctions.
The proposed duties would come into force on June 6 on a provisional basis, but can be put in place for five years in December. The original complaint against China’s solar industry was made by Solar World, a German company.