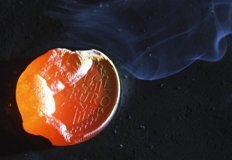 There’s little doubt that markets think the euro crisis is over. Bond yields have fallen below pre-crisis levels for most of the countries formerly known as peripherals; the grab for southern European assets is a crowded trade. Could this be the prelude to the next Minsky moment?

The last crisis fit perfectly the pattern described by the American economist Hyman Minsky. Investors’ exaggerated belief in stability leads them to price assets for perfection – for example no defaults by euro zone sovereigns. Then some imperfection arrives – a serious possibility of default – and there is a violent outbreak of instability – the euro crisis.

The excessive euro-confidence lasted for about a decade, from 1998 to 2008, although the crisis took a further two years to properly get going. During most of that time, investors demanded a mere 0.2 percentage points higher interest rate on Portuguese than on comparable German debt, down from over 5 percentage points in 1995. At the height of the crisis in 2012, the spread was 15 percentage points.

Confidence is certainly returning. Investors now demand a smaller premium to hold bonds sold by companies in the periphery over those in the northern European “core” than they did before the 2008 financial crisis, according to Credit Suisse. Banks in Spain are trading at a bigger premium to book value than their U.S. peers, according to Starmine. And the interest rates paid by the formerly problem case governments of Spain, Portugal and Italy are at record lows.

Still, while markets may be exuberant, they are not in a bubble. For one thing, there are good reasons for optimism. Trade imbalances and fiscal deficits within the single currency zone have shrunk. Banking union is closer and commitments of mutual support are firmer. The latest 0.2 percent quarterly increase in GDP is meagre, but at least the direction is positive. And the European Central Bank is clearly determined to help, despite the challenges of trying to make monetary policy in a fragmented region.

Also, the enthusiasm is still relatively restrained. While the gap between Spanish and German 10-year bonds has fallen over 50 basis points this year, and about 4.5 percentage points from the 2012 peak, the current 150 basis points is still well above the negative spread in 2004. Current prices of Spanish debt still imply a roughly one in five chance of a restructuring or a euro break-up over the next 10 years, according to Breakingviews estimates.

But good news and signs of market moderation are typical in the middle phase of the Minsky cycle. The question is whether the markets are steaming ahead towards a danger point.

There are good reasons to worry over the medium term. The European Central Bank may run into trouble with the German Constitutional Court or it may simply be unable to help the euro zone get out of its economic torpor. Governments’ rush to cut deficits and hesitancy to pass reforms or write down excessive debt has held back the recovery. Mediocre economic news is fostering voter discontent. The rise of anti-euro or radical parties in many countries is creating what Deutsche Bank dubs a “big soft centre” of weak or coalition governments, favouring compromise and half-measures.

And if a downturn does come in the next few years, it will strike still indebted countries, a central bank with little room to manoeuvre, and disenchanted populations. For blindly confident investors, the result could easily be a Minsky level of instability.