Afraid of the dark 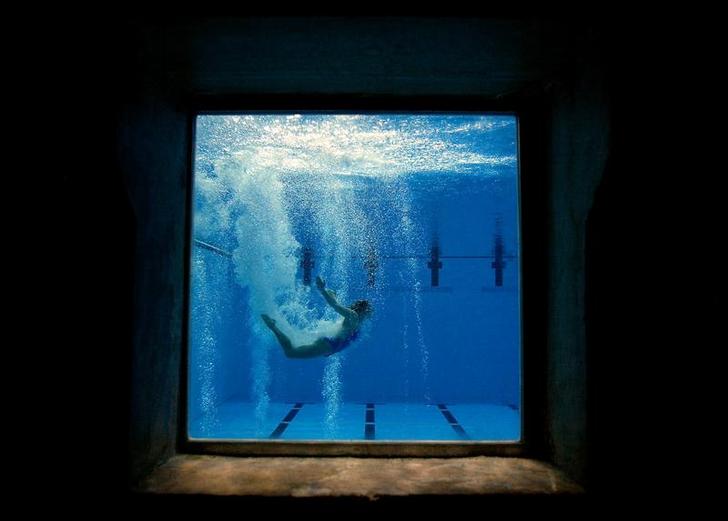 More of the region’s equity trades are being done away from stock exchanges, on opaque private platforms. Dark pools sound sinister, but do have a role in bolstering market stability. European plans to retain their benefits while restricting their scope strike a good balance.

Australian diver Rebecca Gilmore practices her dives in Manchester July 23, 2002 before the start of the 17th Commonwealth Games.

The volume of equities trading in Europe conducted on private platforms known as “dark pools” rose for the fifth consecutive month in September, and accounted for 6 percent of all share trades in the region, Thomson Reuters and Markit data show.
Dark pool trading constituted 3 percent of European share volume two years ago.
The European parliament has proposed a rule prohibiting dark pool trading unless it can be done at a better price than that available on traditional exchanges, Financial News reported on Oct. 15, citing a draft parliament paper published on Oct. 11.
This so-called price improvement rule has been backed by a coalition of 16 firms and trade associations, including the London Stock Exchange, the Association for Financial Markets in Europe and several asset managers.
The draft paper also advocates combining that curb with another rule that would prioritise on-exchange orders over dark pool transactions.
Research by academics Carole Comerton-Forde and Talis Putnins shows that when the average size of transactions executed in dark pools falls, prices on traditional stock exchanges suffer.