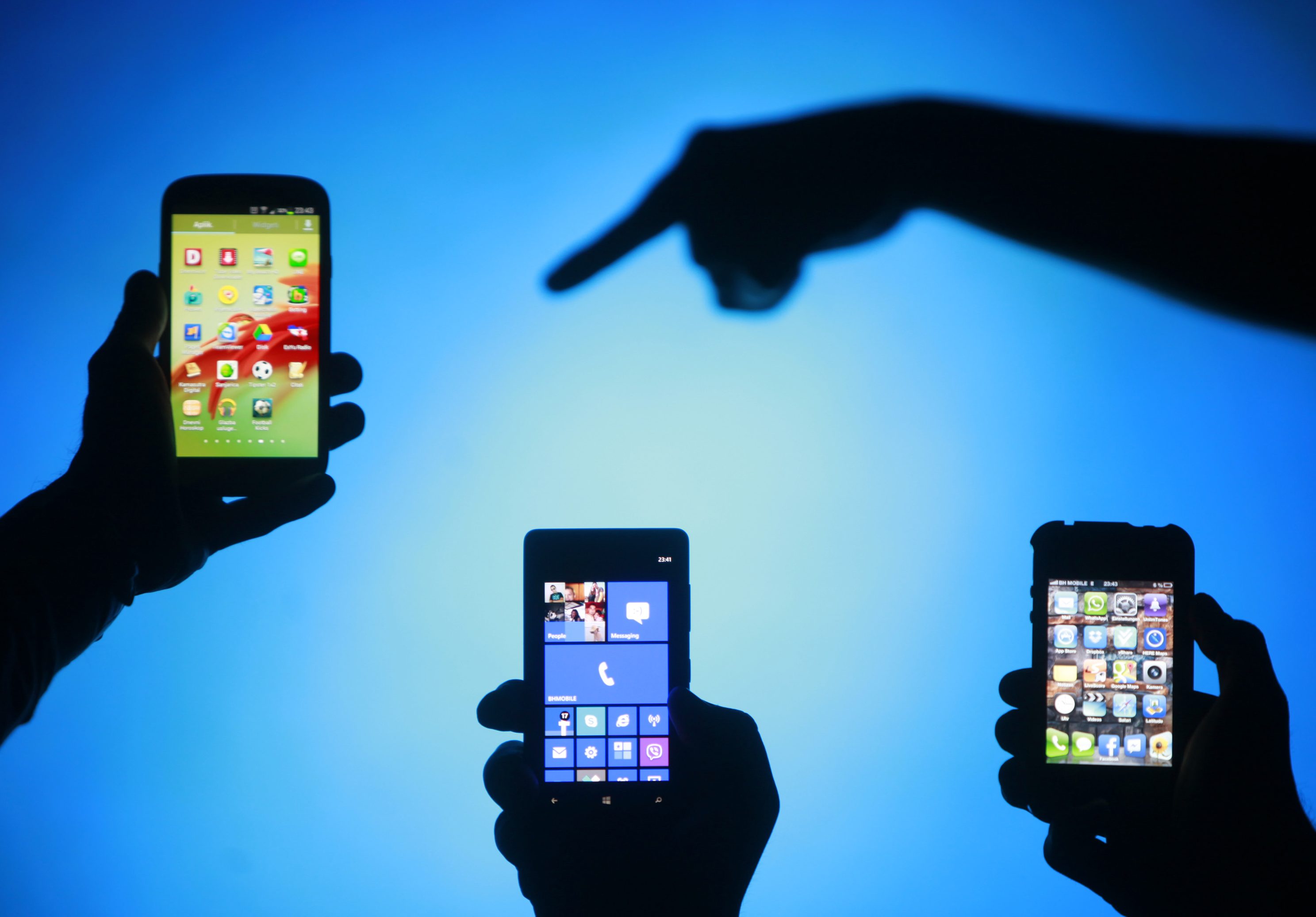 Countries like Britain and the Netherlands are taking a strict approach to rules on treating internet traffic equally whereas the United States may roll them back. If opponents of net neutrality are right, Europeans will end up with less investment in networks and worse services.

Men are silhouetted against a video screen as they pose with Samsung Galaxy S3, Nokia Lumia 820 and iPhone 4 smartphones (L-R) in this photo illustration taken in the central Bosnian town of Zenica, May 17, 2013. REUTERS/Dado Ruvic (BOSNIA AND HERZEGOVINA - Tags: BUSINESS TELECOMS) - BM2E95H0URU01

Ofcom is looking into Three’s restriction on the practice of using a mobile to connect another device to the internet and prohibitions on the use of phone SIM cards in other devices, such as tablets.

The regulator is also looking into whether Three and Vodafone intentionally slowed down internet traffic, especially when customers were streaming videos or using mobile data abroad, and whether Vodafone was transparent about which services were included in its free-data promotions.

Dutch regulators last year required Sweden’s Tele2 to allow customers to share their smartphone internet connection with other devices. According to European net neutrality rules, internet users cannot be restricted in their online behaviour or in the choice of equipment they wish to use to go online.