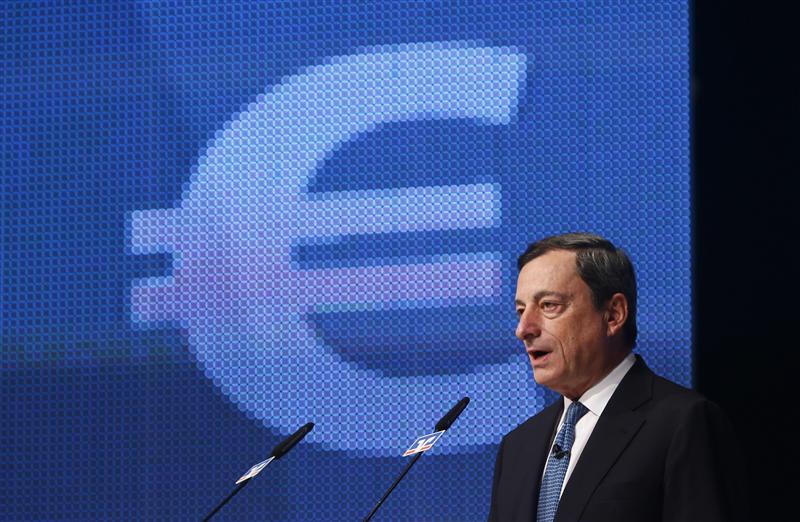 The two engines of the euro zone bond rally are sputtering. Rising yields on risk-free debt are hitting one, and the German constitutional court hearing has thrown a little sand in the other. But a tougher ride for peripheral debt is not necessarily all bad.

Both engines had been running smoothly for months. Zero or near-zero returns on low-risk paper encouraged investors to search for higher yields elsewhere, including euro zone periphery governments. And European Central Bank Chief Mario Draghi’s commitment to buy government bonds, if necessary, made those weaker governments look less risky. The plane went fast. Yields on Italian 10-year bonds fell from near 6 percent in 2012 to a pre-crisis below 4 percent.

The rally was a relief from the chaos of 2011, but it made governments complacent. Pressure for reforms, for example the banking union, waned.

And Draghi’s potential bond buying looks less secure after a grilling in the German constitutional court in Karlsruhe highlighted issues the market had chosen to forget. It became clear that OMT is not unlimited, as Draghi had promised. The central bank will only buy government bonds with maturities between one and three years – a maximum of 524 billion euros. Also, the Karlsruhe muddied Draghi’s original commitment that the ECB would be exposed to credit risk like any ordinary bondholder. In Karlsruhe, ECB’s director Joerg Asmussen admitted that central bank losses on debt restructuring would amount to banned monetary financing.

If effect, in a crisis the ECB would have a dreadful choice: infuriate Germany by stretching its mandate or anger investors by resisting taking losses. Bond buying sounds more like a crash landing than a parachute.

Draghi won’t want the market to panic – that could bring back the chaos that he so effectively ended. But he must be hoping that the slower and bumpier flight shakes government out of their complacency.

In a two-day public hearing on June 11 and 12, the German constitutional court scrutinised the ECB’s monetary policy and its bond-buying programme Outright Monetary Transactions (OMT).
Bundesbank President Jens Weidmann reiterated his view that the ECB’s policy comes too close to monetary financing of government budgets. Weidmann also argued in favour of a clarification of the central bank’s remit. The ECB’s executive board member Joerg Asmussen testified OMT was necessary to secure the ECB’s ability to guarantee price stability.
Asmussen pointed out technical limits to potential bonds purchased by the ECB. The central bank has decided to focus on government bonds with maturities between one and three years. The total amount of short-term bonds issued by Spain, Italy, Ireland and Portugal stands at 524 billion euros. The ECB’s first buying plan had a total volume of 230 billion euros.
Asmussen also said that the ECB would not vote for a debt writedown for any state whose debt it had bought under the OMT bond-buying scheme. “We wouldn’t vote in favour of a debt cut because we would think it would be monetary state financing but would accept being overruled among the creditors”, he told a hearing into complaints that the ECB’s OMT scheme is really a vehicle to fund euro zone member states.
German 10-year yields have risen from a low of 1.1 percent in May to 1.56 percent on June 13, as fears have risen that the Federal Reserve will soon scale back its bond purchases. Equivalent Italian bonds have risen from 3.7 percent in early May to over 4.4 percent. The spread between 10-year Italian and German debt has risen from 2.5 to 2.8 percentage points.