Austerity on the run 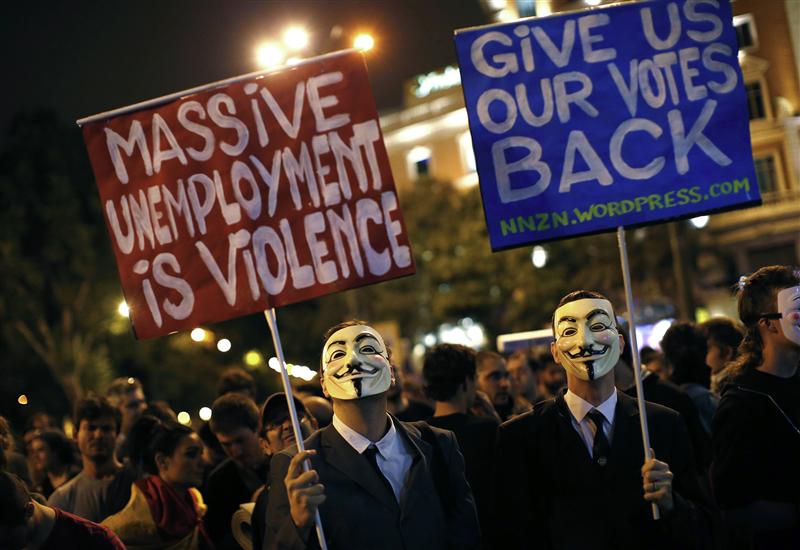 The battle between growth and austerity in the euro zone is over. Nobody won.

Austerity is certainly taking a backseat. The European Commission will use its annual economic recommendations on Wednesday to signal a slower pace of fiscal tightening across the euro zone. That will reinforce the two-year leeway Brussels has already signalled it will give the region’s biggest fiscal offenders, Spain and France, to bring deficits down to the target of 3 percent of GDP.

This loosening is an inevitable surrender to reality. For one thing, much fiscal heavy lifting has already been done. JPMorgan estimates that the euro zone periphery has achieved about half of the consolidation needed to hit the medium-term targets of a balanced budget, excluding cyclical swings. Also, a slightly looser approach was needed to offset weaker than expected growth this year. Governments will still cut deficits, but won’t have to pursue further fiscal tightening to offset lower than expected revenue.

More importantly, hair-shirt policies can only work if there is market pressure and political tolerance. Neither is present. Investors have become increasingly relaxed since European Central Bank President Mario Draghi promised to do whatever it takes to save the euro. And with unemployment at record levels across the periphery and France, voters are pushing fairly hard against further fiscal discipline.

Still, while austerity has lost some ground, growth hasn’t won. Deutsche Bank expects GDP to fall this year in France, Italy, Spain, Portugal, Greece and the euro zone as a whole.

Higher employment is needed for a substantial turnaround, but the labour picture is mixed. Greece, Portugal and Spain have slashed labour costs and loosened restrictive rules. Italy and France have done less. President François Hollande seems now to understand the challenge, but is hampered by his unpopularity. In Italy, the ruling coalition is too fragile to confront voters with home truths potentially a few months before an election.

The growth-versus-austerity battle was always an over-simplification. The European Commission’s shift will steer the narrative to a more healthy debate over the balance between fiscal tightening and reform. That’s progress of sorts. The challenge is that with markets docile, the authorities are running out of sticks to beat countries into reform.

The European Commission will give member states more time to meet budget deficit targets when it presents economic recommendations on May 29, Reuters reported, citing official sources.
The Commission will say that the pace of fiscal consolidation can slow now that investor confidence has been restored, but countries must continue pursuing reforms.
The Commission has already indicated it will give France, the euro zone’s second biggest economy, and Spain, the fourth largest, two extra years to bring their budget deficits below the EU ceiling of 3 percent of GDP.