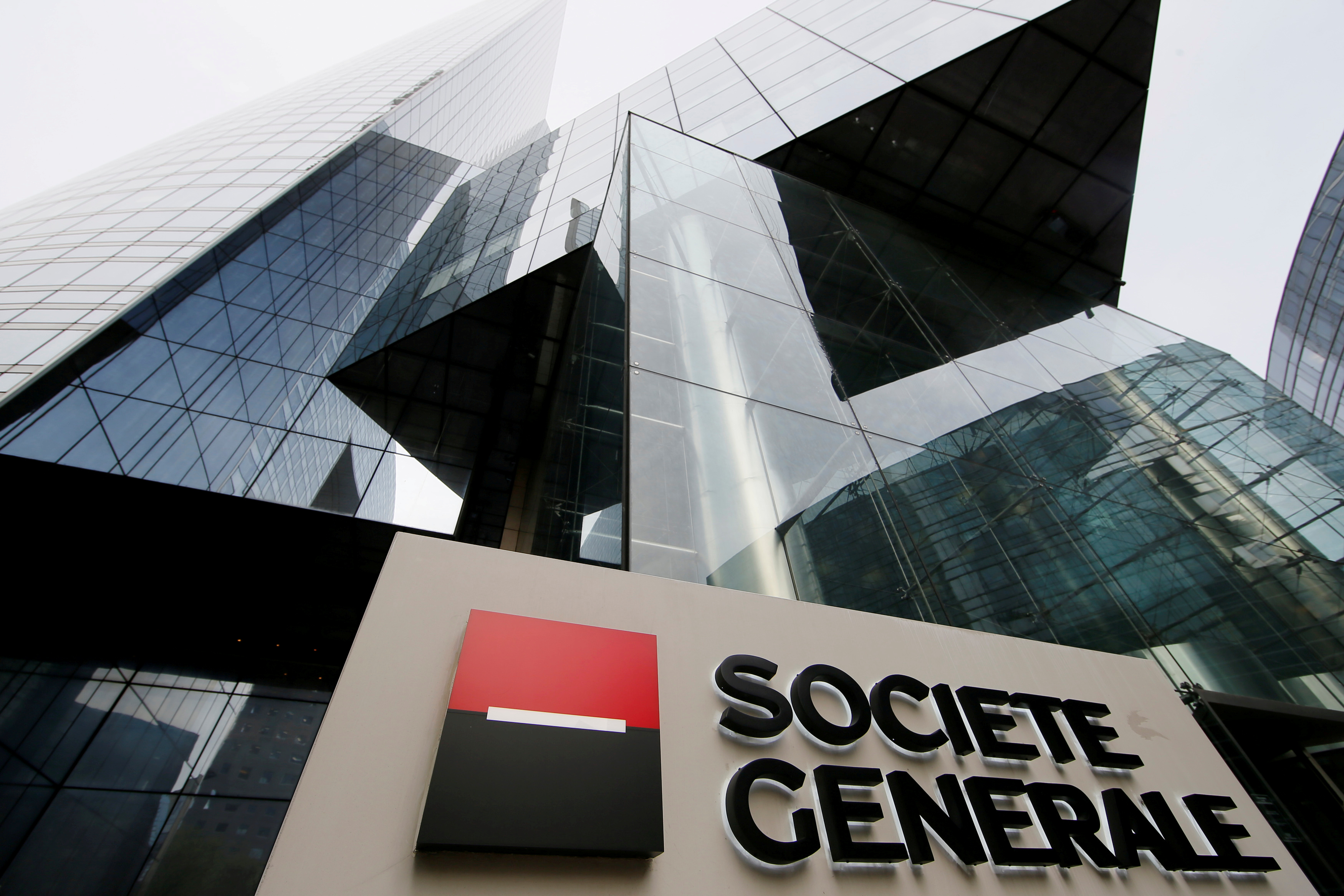 Deutsche Bank’s vulnerability to a big U.S. fine led onlookers to tar EU peers with the same brush. As it happens, SocGen, ING and BNP all beat third-quarter expectations, and profitability pressure may have eased somewhat. The outlook is still bleak – just not uniformly so.

The logo of the French bank Societe Generale is seen in front of the bank's headquarters building at La Defense business and financial district in Courbevoie near Paris, France, April 21, 2016. REUTERS/Gonzalo Fuentes/File Photo GLOBAL BUSINESS WEEK AHEAD PACKAGE - SEARCH 'BUSINESS WEEK AHEAD 31 OCT' FOR ALL IMAGES - RTX2R4P7

French retail banking saw a 6 percent decline in revenue in the third quarter.

ING on Nov. 3 reported third-quarter earnings of 1.3 billion euros, up 27 percent from the same period a year ago. That was broadly the same as what it called its underlying earnings, for which analysts polled by Reuters had on average estimated 1.1 billion euros.

The Dutch bank put the performance down to growth in lending and stable margins.