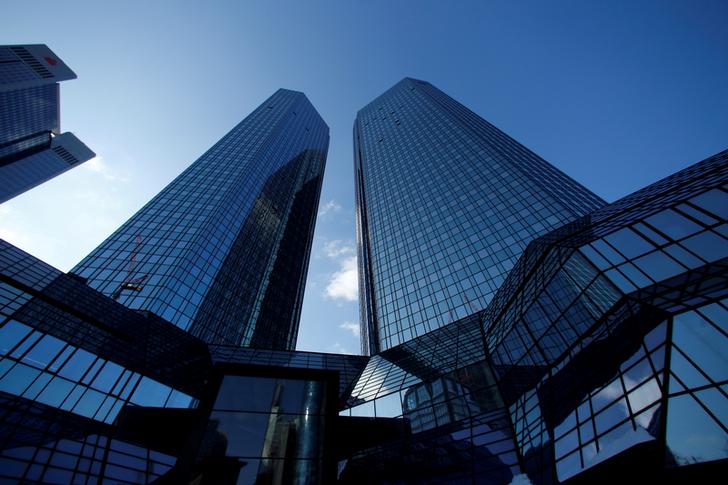 Deals targeting companies in the region rose 39% to $415 bln in the first half, defying a massive global slump. Anomalies helped. As Brussels favours European corporate champions, the relative trend will continue. That helps UBS and Deutsche even if companies are suffering.

The headquarters of the Deutsche Bank is pictured in Frankfurt, Germany, March 19, 2018.

The value of global mergers and acquisitions slumped by 42% year-on-year to just under $1.2 trillion, according to Refinitiv data. Deals targeting European companies rose by 39% to $415 billion, compared with a 70% slump for those targeting firms in the Americas.

The biggest transaction was Unilever’s planned move to simplify its shareholding structure by merging its Anglo-Dutch holding companies into a single, London-listed parent company. The second largest deal was the purchase of a roughly $30 billion controlling stake in Russia’s Sberbank by the country’s finance ministry, funded by its National Wealth Fund.