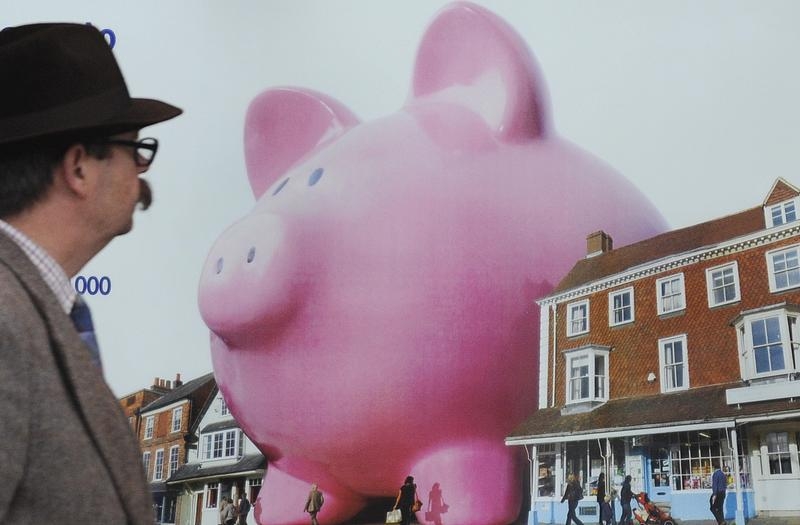 Even the UK is succumbing, although its 1.2 percent rate remains high by European standards. Trends in France, Spain and Italy are all weak. With prices almost flat, wage rises will be poor and government finances will stay strained. A BoE rise may not come until 2016.

A man passes a mortgage advert in a high street bank window in west London.

British inflation slowed sharply in September to its lowest level in five years. Consumer prices rose by a weaker-than-expected 1.2 percent on the year, down from 1.5 percent in August, the Office for National Statistics said on Oct. 14.

Sterling weakened, yields on 10-year British government bonds fell to their lowest level since June last year, and investors added to bets that the British central bank might start to raise interest rates only in mid-2015.

Italy’s consumer price index fell by 0.4 percent in September compared with the previous month and by 0.2 percent on an annual basis, according to the Istat statistics agency.

Euro zone industrial production fell by more than expected in August, mainly because of a slump in the output of capital goods that are used for investment, data from the European Union’s statistics office Eurostat showed on Oct. 14.

Eurostat said production in the 18 countries sharing the euro fell 1.8 percent in August against July for a 1.9 percent year-on-year decline.