Spanner in the works 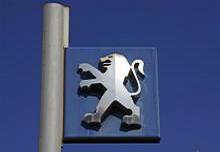 Insistence by Paris that Peugeot protect jobs in return for a bailout has understandably given GM jitters about a closer alliance. Europe’s car industry won’t be solidly profitable until capacity and costs are cut through mergers. Governments should help, not hinder, the process.

The Peugeot logo is seen at the entrance of a car dealership in Nice, southern France, July 19, 2012. REUTERS/Eric Gaillard

General Motors and PSA Peugeot Citroen have halted talks on turning the alliance they announced in February into a deeper tie-up, according to a Reuters exclusive published on Nov. 13. The two companies had been considering merging GM’s Opel unit with the French carmaker.

Talks were called off after Peugeot accepted a state guarantee for its lending arm. The government bailout is “sabotaging the plan,” one source close to the discussions told Reuters.

The bailout announced last month includes a 7 billion euro state guarantee. At the time, France’s Industry Minister Arnauld Montebourg said in an interview with French daily newspaper Liberation that “Peugeot needs to build alliances. But we need to … measure their consequences for our country and obtain Peugeot’s commitment to preserve all its French sites.”