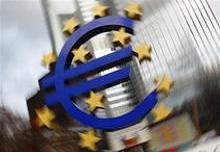 Europe’s defences against bank runs have limits that may be about to be tested. The decision to force insured depositors to fund part of Cyprus’ bailout has sparked fears that their counterparts in Italy and Spain will try to head off hypothetical losses of their own by withdrawing their holdings. If they do so in bulk, the European Central Bank would struggle to hold the line.

The ECB can help banks struggling to fund themselves in two ways: the Main Refinancing Operations (MRO), where it takes the risk that its support is not repaid, and so-called Emergency Liquidity Assistance (ELA), where that risk is borne by the struggling lender’s national central bank. In both cases the ECB or the national central bank protects itself by holding the bank’s haircut collateral as security.

Italy and Spain are already heavily using the MRO. Partly as a result of the ECB’s unprecedented three-year loans last year, Italian banks now hold 281 billion euros, while Spanish banks have 278 billion euros even after cutting their exposure by 25 percent since December. The good news is that Italian banks have enough free collateral to secure another 248 billion euros of ECB funding if need be, according to the most recent Bank of Italy disclosure.

The bad news is that this is only 6 percent of Italian banking assets. In total, the two states’ banking sectors are worth 7.7 trillion euros. Rather than increasing exposure to this monster, the ECB’s governing council – mainly comprising the heads of the euro zone’s national central banks – may insist that help beyond a certain point be via ELA, as happened with Greece, Ireland and Cyprus. Italy and Spain’s current ELA usage is minimal.

Even so, the ECB governing council tends to get jumpy about providing ELA hand over fist. Even though they don’t take the risk directly, German taxpayers would still have to shoulder the greatest losses from ELA if the euro zone broke up. Italy’s lack of a government for the next six months only makes things worse.

The dreaded bank runs may, of course, not materialise. Even in Greece, only 30 percent of deposits have been withdrawn since the crisis began. The ECB’s commitment to bond buying and banking union may calm depositors’ fears. But after Cyprus’ bombshell, blind faith looks increasingly ill-advised.

The Euro sculpture is pictured in front of the headquarters of the European Central Bank (ECB) in Frankfurt January 24, 2012. REUTERS/Lmar Niazman