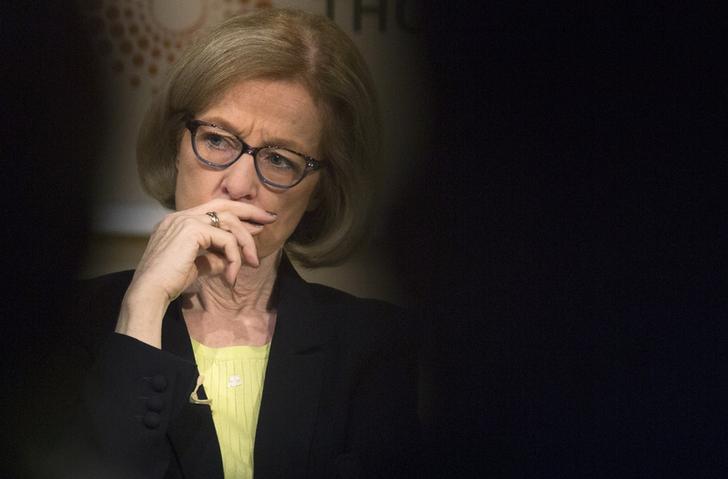 Danièle Nouy faces a dilemma in 2015. The head of the new euro zone banking supervisor should ideally follow her inaugural act – the October stress tests – with a push for more reforms to achieve greater financial stability. But the Single Supervisory Mechanism is part of the European Central Bank, and Nouy reports to a board mostly made up of national central bankers – who must also deal with the euro zone’s weak inflation and growth, and may be wary of hitting banks too hard. Nouy will have to reconcile the two sides of the ECB’s brain.

Building on the stress test is crucial for the credibility of the new single supervisor and its chief. Stress tests mostly succeeded in harmonising diverging bad-loan treatments among euro zone banks, and put pressure on weaker lenders to raise capital preemptively. But deflationary scenarios weren’t tested, and tight deadlines could only be accommodated with multiple carve-outs – leniency over German shipping loan valuations and southern euro zone states’ deferred tax assets being among the more notable. The SSM will face awkward questions if a euro bank collapses this year after receiving a clean bill of health.

Nouy starts off with some advantages. She can call on a thousand new employees in Frankfurt to pore over the 120 biggest banks she now monitors. If need be she can force individual banks to raise extra capital, using a regulatory tool called “Pillar 2.” But she will need the agreement of her board if she wants extra capital buffers to address unresolved issues like inadequate risk-weighted assets, or the banks’ leisurely approach to Basel III capital reforms. And the board could then disagree with her – partly out of a protectionist reflex to shield national banking systems, but partly because of the central bank’s natural macroeconomic role.

The ECB keeps loosening its monetary policy under President Mario Draghi. It wants to massively expand its balance sheet in order to fulfill its mission – keeping inflation around 2 percent in the euro zone, when it currently stands at 0.3 percent. It may embark on quantitative easing early next year. The concern is that being tough on banks could mean being tough on the economy.

In other words, even if no one was opposing Nouy’s reforms, some might at least discuss their timing. Tension between the ECB’s two partly-conflicting roles is unlikely to subside in 2015.

Daniele Nouy, chair of the Supervisory Board of the European Central Bank, speaks at a Thomson Reuters newsmaker event at Canary Wharf in London November 28, 2014.