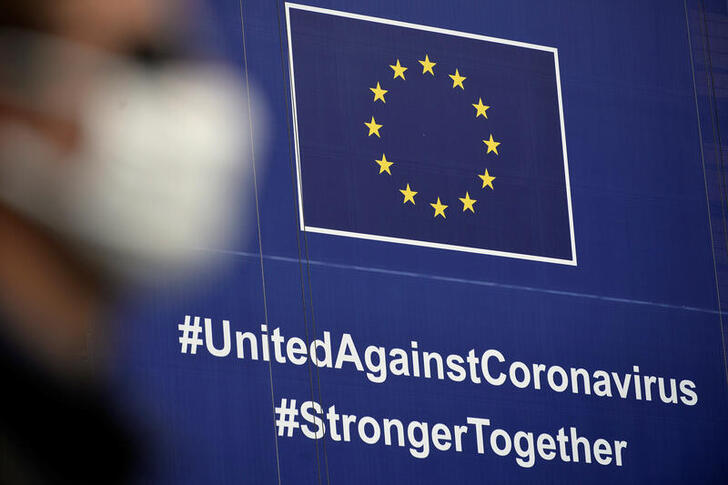 Brussels wants to raise 750 bln euros to help EU members recover from Covid-19. Hard-hit Italy and Spain would get the lion’s share, chiefly in grants rather than loans. Though obstacles remain, the health crisis may have helped the EU overcome its aversion to joint deficits.

A man wearing a face mask walks past the European Commission headquarters as the spread of coronavirus disease (COVID-19) continues in Brussels, Belgium May 14, 2020.

The European Commission on May 27 proposed borrowing up to 750 billion euros on the financial markets to finance a package of grants and loans to help European Union countries recover from the pandemic.

Combined with the proposed new EU budget, the funds would raise the bloc’s combined spending for the period 2021-2027 to 1.85 trillion euros.

Italy and Spain, which have reported the highest number of Covid-19 deaths in the EU, are to get the largest share of the new funds, Reuters reported.

The funds will be raised in the form of bonds with different maturities and will be repaid after 2027 and by 2058 at the latest.

To facilitate repayment, the commission proposed topping up member states’ national contributions to the budgets with instruments including an EU-wide tax of non-recyclable waste, a carbon border tax and a digital tax.