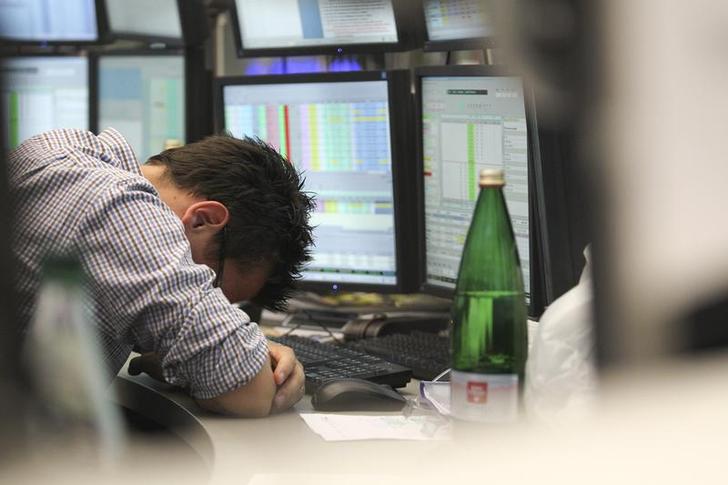 It is one of the oldest rules in the investment book: buy what’s cheap, sell what’s expensive. The current crop of European fund managers must have slept through that lesson.

Throughout the second half of 2009, the forward-looking price-earnings ratio on the MSCI world index was persistently 14 or higher. That’s expensive by historical standards, but it didn’t deter investors. Data from Goldman Sachs shows net inflows were buoyant, topping 20 billion euros in December 2009, well above the monthly norm, and 158 billion euros for the year as a whole, a level not subsequently matched. Valuations then became more attractive as flows slowed in 2010 and 2011, bottoming at a forward p/e of 10 in September 2011. But cheap stocks did not attract buyers. On the contrary, European investors were net sellers of equities for the rest of that year.

It has been the same story in 2013. Equities have enjoyed strong net inflows, holding up even as the forward p/e ratio pushed up over 13. Of course, there is a direct interplay between flows, equity prices and valuations. Moreover, it makes sense to buy shares when economic clouds appear to lift. Higher valuation ratios may be justified if the medium-term earnings outlook improves. Yet the fact remains. European asset allocators generally get stuck in a rut of selling when they ought to take advantage of bargain prices. Now stocks are getting more expensive, investment managers seem hooked on buying.

The pattern recurs through history. Figures from Bank of America Merrill Lynch show that the flow of money into stocks was notably strong in 1999 when the average IBES forward earnings multiple was 23 times. When despair reigned, the end of 2008, the multiple for global shares fell below 9, the lowest in recent history. At the trough, needless to say, investors couldn’t take their money out of the stock market fast enough.

It may only be smaller, nimbler investors that can go against the trend. That said, past performance suggests that the current pro-stocks momentum could push valuations higher yet. But rather than rushing to buy stocks, clever money managers should be starting to think about the best time to sell.

Equity markets have recently seen some of the biggest weekly inflows of capital on record, according to research from Bank of America Merrill Lynch released on Sept. 19.
Research from Goldman Sachs published on Sept. 27 reported trailing 12-month inflows of 79 billion euros from European investors in July, against net outflows of 67 billion euros a year earlier

A trader reacts at his desk at the Frankfurt stock exchange

Equity markets have recently seen some of the biggest weekly inflows of capital on record, according to research from Bank of America Merrill Lynch released on Sept. 19.
Research from Goldman Sachs published on Sept. 27 reported trailing 12-month inflows of 79 billion euros from European investors in July, against net outflows of 67 billion euros a year earlier