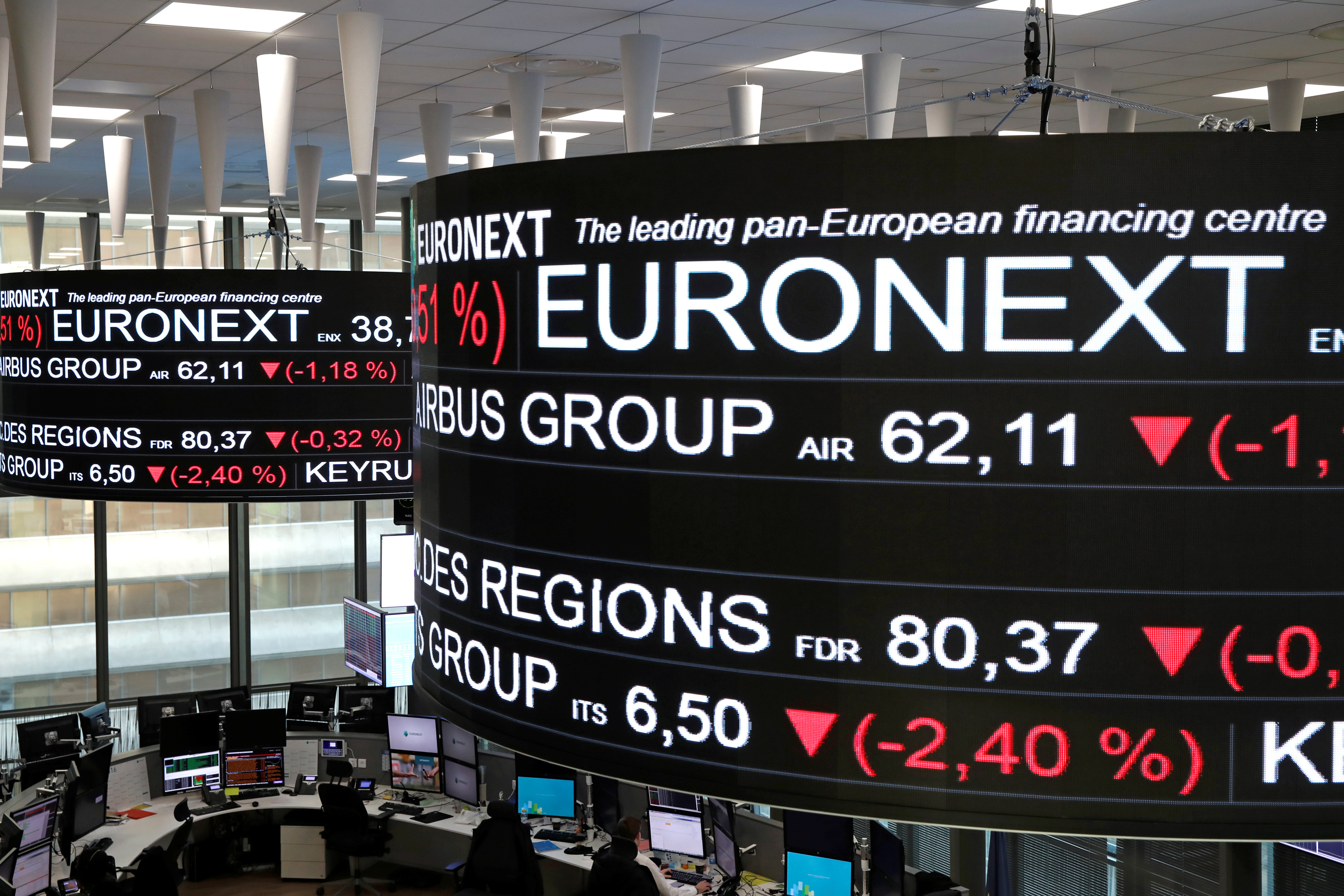 Companies are rushing to list while stock-market valuations are rich and before Britain crashes out of the EU. The deluge means bankers have to price offerings modestly, and investors can afford to be picky. Hairier issuers, like Aston Martin or Funding Circle, face a bumpy ride.

Company stock price information are displayed on screens as they hang above the Paris stock exchange, operated by Euronext NV, in La Defense business district in Paris, France, December 14, 2016.

Car-leasing company LeasePlan on Oct. 4 announced its intention to list on the Euronext stock exchange. The Dutch company was purchased in 2015 for 3.7 billion euros by a consortium led by pension fund manager PGGM, Denmark's TDR Capital, sovereign wealth fund GIC, the Abu Dhabi Investment Authority and Goldman Sachs. It is seeking a valuation of up to 7.5 billion euros, Bloomberg reported on Oct. 3.

French solar group Neoen on Oct. 4 said it would raise about 640 million euros in an initial public offering.

Shares in luxury-car maker Aston Martin Lagonda fell as much as 8 percent on their market debut in London on Oct. 3. The company, which last year made its first profit since 2010 and has gone bankrupt seven times, priced its shares at 19 pounds each, giving it a market capitalisation of 4.33 billion pounds ($5.63 billion).