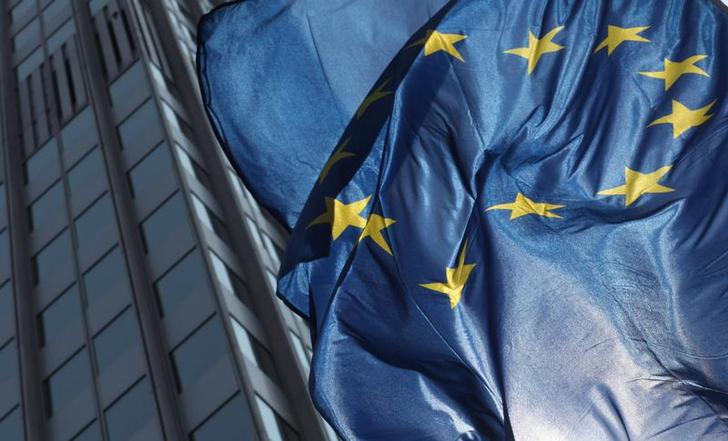 Europe’s terrible banks haven’t looked this good in years. Capital levels, return on equity and lending across the banking sector rose in the six months to June, data from the European Banking Authority shows. Europe’s banking union is still a work in progress, but the evidence from the first half of this year is that it’s helping.

Perspective is needed. The EBA’s data, which covers more than 100 European banks and two-thirds of the region’s assets, shows that bad loans as of June 30 were 5.6 percent of total lending or a whopping 1 trillion euros. That’s roughly double the healthier level at U.S. peers and it’s plausible that this overhang could be holding new lending back.

Still, this is a big improvement in a short period of time. Aggregate return on equity almost doubled to 9.1 percent, meaning that the average European bank is almost making an economic profit: the EBA reckons the cost of equity is between 9 percent and 10 percent. The two main measures of capital ticked up nicely: the average common equity Tier 1 ratio rose 60 basis points to 12 percent as of end-June, while the mean leverage ratio stood at 4.9 percent. Corporate and retail lending volumes were up 3.9 percent, in line with the wider euro zone’s economic upturn.

The market might still be too positive on European banks’ prospects. Morgan Stanley reckons more quantitative easing by the European Central Bank would hurt future business, given lenders still make 60 percent of their revenue from the difference between the interest rates they pay and those they charge. It believes this so-called net interest income will grow just 1.1 percent next year, versus average analyst consensus for it to rise 3.6 percent.

There’s also significant divergence. Return on equity was 15.8 percent at Norwegian banks and 14.4 percent at Swedish counterparts. By contrast, German lenders were laggards, with just a 6.2 percent average. Non-performing loans paint a similar picture, with the Swedish average around 1 percent versus more than 40 percent in Cyprus. European financial institutions are far from equal, but as a group they seem to have finally turned the corner.

This item has been corrected in paragraph three and in the Context News to reflect an error in calculation by the European Banking Authority of average common equity Tier 1 ratios. The EBA had previously reported end-December and end-June levels of 11.2 percent and 11.8 percent, respectively.

European banks increased capital, returns on equity and lending in the six months to the end of June, according to a report published on Nov. 24 by the European Banking Authority.

The EBA said that banks representing more than two-thirds of the region’s total assets increased their common equity Tier 1 ratios on average from 11.4 percent to 12 percent over that time period.

The regulator also said that corporate and retail lending in the region rose 3.9 percent in the first half of the year.