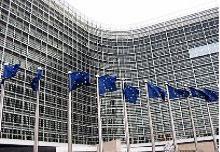 The euro crisis will morph into a European crisis in 2013. The survival of the common currency is not in question any longer, but European economies, after two years of crippling and contra-cyclical austerity, are stuck on flat. Furthermore, the question is not so much whether any country will exit the euro but whether the further integration of the zone will lead to the exit or de facto ouster of a non-euro member from the European Union. In 2013, Europe will be weakened by its economy and threatened in its unity.

Even if euro zone leaders decide that the folly must stop, they will pay the price of two years of cult-like devotion to austerity: in the arsenal of measures deployed to save the euro, it’s the one thing that has failed to work. European governments have created two bailout funds, rescued three euro members and recapitalised the banks of a fourth. They have restructured Greek debt twice. The ECB has poured cheap funds on the banking system, and it has promised to do “whatever it takes” to keep the common currency together.

Yet governments have undermined these efforts by obsessing about fiscal discipline – and it shows. After declining 0.4 percent in 2012, the euro zone’s economy as a whole will stagnate next year. Official forecasts vary – but few lie outside the spectrum that stretches from mild shrinkage to paltry growth.

In a rosy scenario, where reason would prevail, euro zone leaders in 2013 would stop reacting and start acting. They would design joint policies aimed at stimulating growth and reducing unemployment from levels that have become unbearable. It will simply not do to wait for the future benefits of the structural reforms most of them have begun to implement.

Meanwhile, powerful centrifugal forces are pulling non-euro members away from the EU. Some of them, such as the UK, never saw it any more than a one-dimensional “single market” in the first place. But if it ever comes to a choice between a smaller EU and a stronger monetary union, it’s easy to see what euro zone governments will choose. 2013 could be the year when that choice becomes clearer.

The European Commission Building in Brussels.