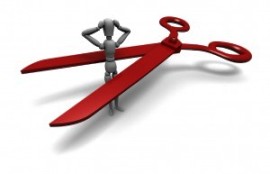 Unemployment keeps rising in Europe, just as the euro zone and UK flirt with renewed recession. Talk of a lost generation is not overdone. Almost half of Greek and Spanish youth are unemployed. Profound reform is needed to prevent unrest and to protect the viability of the euro zone.

The UK’s national statistics office reported on Dec. 14 that the number of people out of work in the three months to October rose by 128,000 to 2.638 million, the highest since 1994. The unemployment rate rose to 8.3 percent from 7.9 percent in the previous quarter. Youth unemployment rose to 1.027 million, the highest since records began in 1992. Public sector employment fell by 67,000 in the third quarter to 5.987 million, the lowest level since September 2003.
The office also reported that wage growth remained low. Average weekly earnings growth including bonuses slowed to 2.0 percent in the three months to October from 2.3 percent in September.