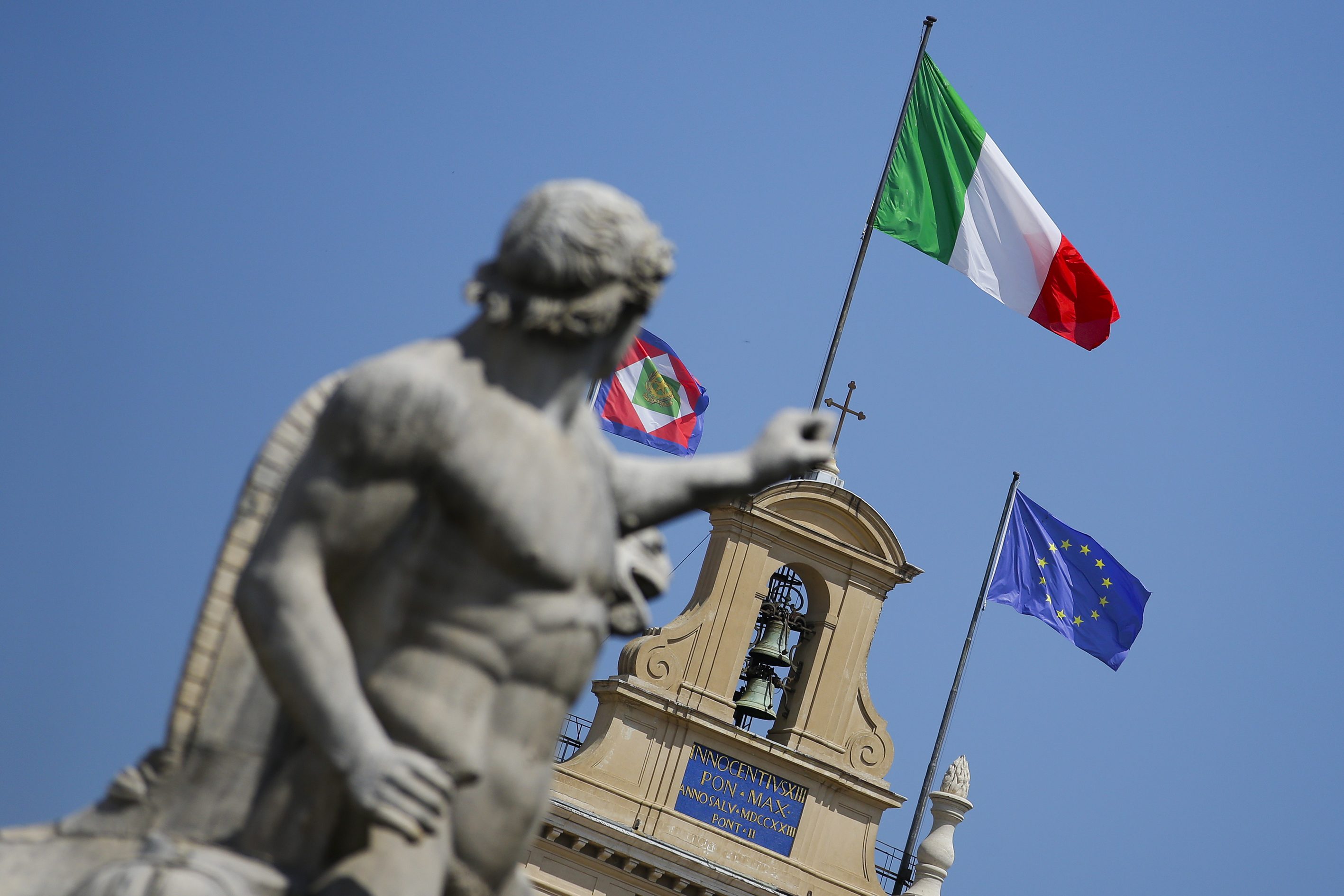 The European Commission says the country’s borrowing, which grew to 132% of GDP last year, could justify unprecedented sanctions. That move would need the support of EU governments, and Rome has some wiggle room. But political and economic signs point to a future showdown.

The Italian national flag flutters atop of the Quirinale presidential palace in Rome June 26, 2013.

The European Commission on June 5 said Italy is in breach of EU fiscal rules because of its growing debt, the first step towards the launch of unprecedented disciplinary action.

European Union states have two weeks to assess the commission’s recommendation. After that, Brussels could recommend to start the procedure, a step that would need the final endorsement of EU finance ministers at a meeting in July.

Yields on 10-year Italian government bonds were up 3 basis points to 2.55% by 1409 GMT on June 5. The yield differential between 10-year German and Italian bonds widened to 277 basis points.