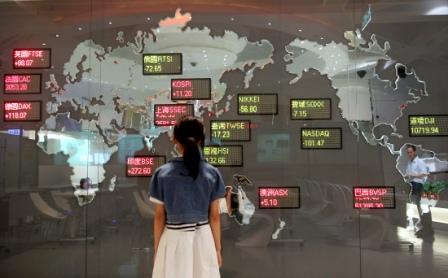 Though downtrodden world indexes point to deep disquiet among investors, valuations of individual stocks vary widely. Fishing the bottom for low-rated bargains is one way forward. Shareholders may be better served by forking out for higher class equities.

Stocks priced below average are sure to attract the attention of bargain hunters – especially when the averages themselves are modest by historical standards. But Morgan Stanley research published on Oct. 17 supports the ageless wisdom that investors often get what they pay for, and that it is often worth paying premium prices for premium quality.

Often but not always. Morgan looks back to the Nifty Fifty stocks of the 1960s. The companies were supposed to offer high growth and low risk, and enthusiasts argued that the companies – Procter & Gamble, IBM and Polaroid were on the list – were all but certain to grow enough to justify any valuation.

For a while, it all worked out well. From 1964 to 1972, the Nifty Fifty companies produced better earnings growth than U.S. peers and their share prices outperformed the S&P index by 15 percent a year. But enthusiasm became excess. The Nifty Fifty price-earnings ratio topped 40 at the height of the bull market that preceded the stock market rout of 1973-74. In the later 1970s, Nifty Fifty shares underperformed.

The current market looks more like 1964 than 1972. Of the 200 largest quoted companies around the world, a top-notch group of fifty are on course to deliver an average 20 percent increase in earnings in the next 12 months. These shares trade on a forward p/e ratio – calculated by Starmine – of 13. Even if the analysts’ estimates are too optimistic, there appears to be good value in this new generation Nifty Fifty.

Morgan Stanley’s European market strategy team has polled its in-house stock specific analysts to compile, with eyes on 2015, a list of 20 favoured equity picks. Included in the selection are Siemens, Rolls-Royce, Imperial Tobacco, SAP, Rio Tinto and William Demant.
Morgan’s criteria pivot around sustainability and include assessment of companies’ competitive position, pricing power, cost efficiency and top line growth potential. Observing that the “20 for 2015” trade on higher valuations than a group identified in a similar exercise in 2008, Morgan concluded: “Security appears to come at a price.”