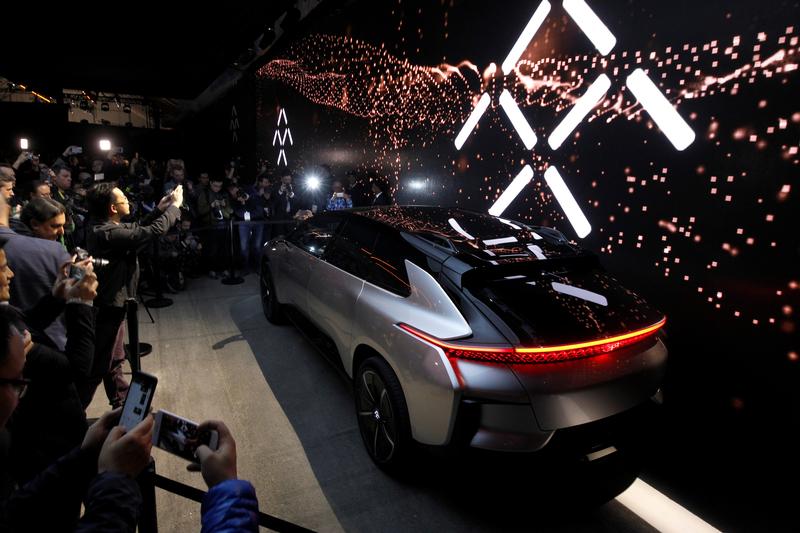 The property giant has already put over $4 bln into green vehicle brands and dealers. Now it plans to plough ten times that into research and factories; for the same money boss Hui Ka Yan could buy Tesla. But he’s no Elon Musk, and this could derail a debt clean-up.

Journalists gather around a Faraday Future FF 91 electric car during an unveiling event at CES in Las Vegas, Nevada January 3, 2017.

The Evergrande group plans to invest 120 billion yuan ($17.4 billion) to build new energy vehicle research and production facilities in Shenyang, according to a June 15 news post on the company’s website.

The group will also invest $23 billion in similar projects in Guangzhou, including a production base with an annual output of 1 million vehicles, according to another post on the same site, dated June 12.

China Evergrande, Evergrande Health and related companies have invested more than $4 billion into the electric vehicle and auto industry since June 2018, according to Eikon. They now own or hold stakes in at least six such companies, whose operations range from manufacturing to dealerships.