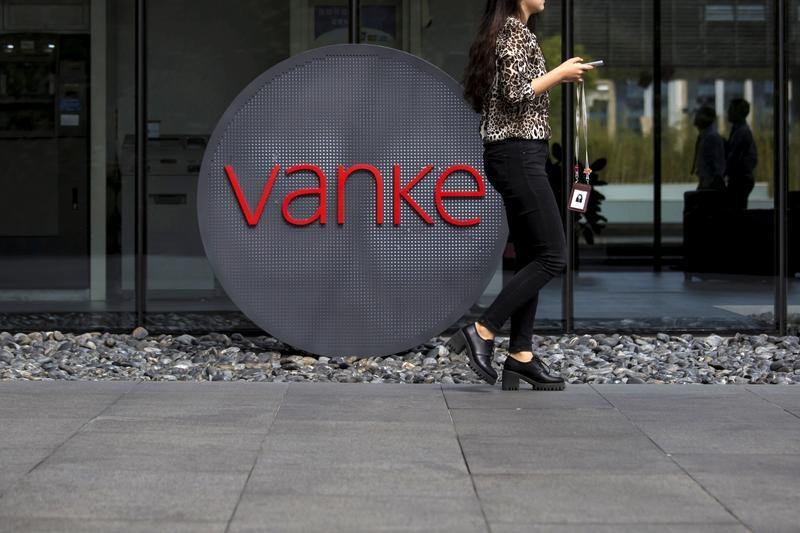 With pointy towers, bling, and vast expanses of marble, modern Chinese property often has a “love-it-or-hate-it” quality. Same goes for China Evergrande Group. The country’s number two developer has waded into the power struggle at its larger rival Vanke, buying 4.7 percent for 9.1 billion yuan ($1.4 billion). The motive is unclear, and the group’s aggression should concern its investors.

Evergrande calls this simply an investment, and touts Vanke’s “strong results”. But that doesn’t merit a raid that amounts to more than one ninth of the buyer’s market value. Evergrande’s purchase of shares in a direct rival also comes at a critical juncture. Vanke is already at the centre of what, for China, is a highly unusual battle for corporate control, involving private predator Baoneng, state-backed China Resources, and Shenzhen’s metro operator.

How this purchase sways things is not clear. It could make life harder for Vanke’s directors. Baoneng’s call for a vote to oust the board was rejected by that same group of directors. But Baoneng, which owns 25 percent, might yet find a creative way to push its demands. If Evergrande sides with Baoneng, the simple majority for the board’s ouster becomes easier to reach.

The raid has also lifted Vanke’s share price which might reduce financial pressure on Baoneng if – as Vanke claims – the predator is using risky financing, including share pledges, to fund its stake.

Whatever the explanation, this is further evidence of Evergrande’s boldness. Borrowings have rocketed: gross debt, plus more equity-like perpetual securities, soared 78 percent last year to 373 billion yuan, Moody’s figures show. Like other ambitious conglomerates, Evergrande dabbles in all kinds of distractions, from bottled water to soccer and commercial banking, having recently amassed a big stake in Shengjing Bank.

Leverage, sprawl, and the willingness to drop a billion dollars on a smallish stake in a rival for no apparent good reason, are all worrisome. And yet, Evergrande’s Hong Kong-listed shares bounced more than 5 percent by early afternoon on Aug. 5. Clearly, for some investors, such traits are a solid foundation.

An employee walks past a logo of Vanke at its headquarters in Shenzhen, south China's Guangdong province, November 2, 2015. REUTERS/Tyrone Siu/File Photo - RTSJGLD

Property developer China Evergrande said on Aug. 4 it had bought nearly 4.7 percent of larger rival China Vanke for about 9.1 billion yuan ($1.4 billion). In a filing to the Hong Kong stock exchange, Evergrande said the purchase of Vanke's shares was "an investment" funded by its "internal resources".

Vanke, China's top property developer, is at the centre of a battle for control, after financial conglomerate Baoneng built up a large stake in the company. Last month Vanke's board rejected a request from Baoneng for an extraordinary general meeting that was intended to oust the company's directors.

Vanke Chairman Wang Shi wants to swap land for shares with Shenzhen's metro operator, but that deal is opposed by Baoneng and China Resources, which own 25 percent and 15 percent stakes in the company.