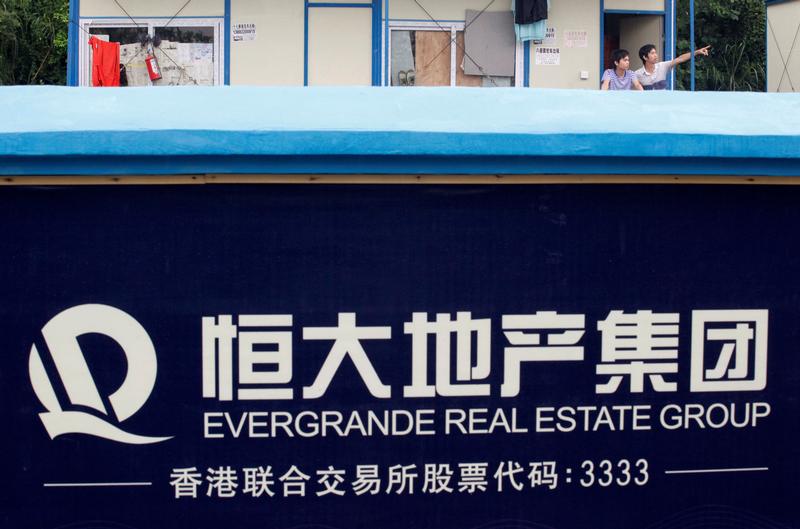 The Chinese property developer spent over $800 mln buying back shares in the last month, pushing its free float down as low as it could go. That may help ease a planned backdoor listing in Shenzhen. It is also fresh evidence of Evergrande’s financial aggression.

A labourer (R) gestures to his colleague outside their dormitory at a residential construction site of Evergrande, near a wall painted with the company's logo, in Guangzhou, Guangdong province June 22, 2012. REUTERS/Stringer/File Photo - RTX2U7W8

China Evergrande Group has bought back nearly 723 million of its own shares between March 29 and April 26, disclosures show. The property developer spent nearly HK$6.3 billion ($813 million) on a stake amounting to about 5.2 percent of its outstanding shares.

Evergrande's shares stood 0.5 percent higher at HK$8.26 in early trading in Hong Kong on April 28. The stock has fallen about 8.5 percent in a week, but is nonetheless up 71 percent in 2017, Eikon data shows.

The company's annual report, published on April 28, showed the group had obtained a waiver from the stock exchange when it listed in 2009. This waiver allows it to operate with a minimum free float of 22.04 percent. The standard requirement in Hong Kong is 25 percent.

Evergrande is preparing for a backdoor listing in Shenzhen. It will inject almost all of its property assets, held by a subsidiary known as Hengda Real Estate Group, into a listed company known as Shenzhen Special Economic Zone Real Estate & Properties. In January it agreed to sell 13.2 percent of Hengda to eight investors for 30 billion yuan ($4.4 billion).

In November, Reuters reported that Evergrande was seeking a market value of 228 billion yuan for the Shenzhen unit, citing a document for investors.