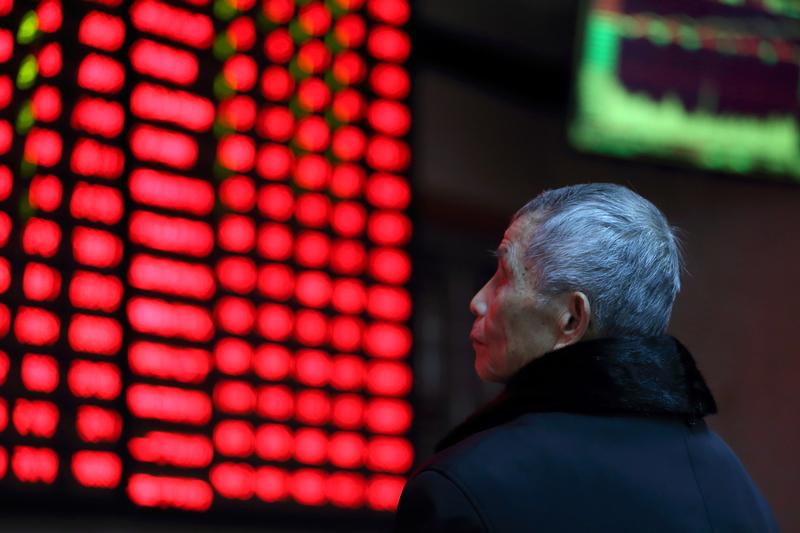 A man looks on in front of an electronic board showing stock information at a brokerage house in Nanjing, Jiangsu province, China February 13, 2019. REUTERS/Stringer ATTENTION EDITORS - THIS IMAGE WAS PROVIDED BY A THIRD PARTY. CHINA OUT. - RC15635C0350

China’s total social financing, a measure of credit supplied to the economy, rose 10.4 percent year-on-year in January, the People's Bank of China reported on Feb. 15. New yuan loans hit $477 billion, well above forecasts, mostly due to a sharp increase in corporate borrowing.