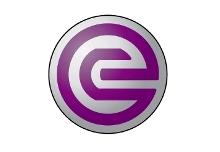 The German specialty chemicals group has aborted IPO plans three times since 2008. As it prepares to try again, investors should think afresh. Evonik is handsomely profitable and well positioned for growth. It looks like an attractive investment.

Evonik Industries AG, one of the world’s biggest specialty chemical companies, was spun off the German coal mining company Ruhrkohle AG in 2007. It currently employs 33,000 people generating annual revenue of about 14 billion euros and an after-tax profit of 1.01 billion euros.
Three-quarters of the company is currently owned by the RAG foundation, Ruhrkohle’s legal successor, a state-owned trust that bears the liabilities of Germany’s wound-down coal mines. CVC, the British private equity company, owns the rest.
Evonik makes battery chemicals, animal feed additives, acrylic-infused glass and super-absorbent materials used in nappies. Last year RAG and CVC scrapped plans for an initial public offering (IPO) of 30 percent of the shares. In 2008 and 2011, two earlier attempts to get listed were also abandoned.