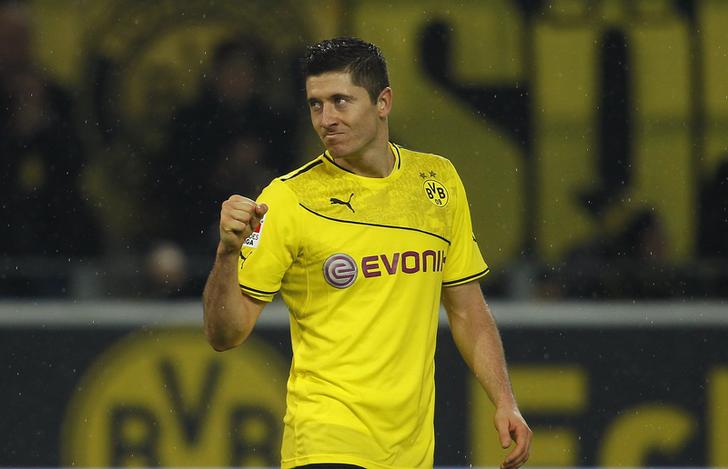 Evonik’s 300 million euro ($400 million) tie-up with Bundesliga soccer team Borussia Dortmund (BVB) has little merits for the company’s shareholders. Germany’s third-largest chemical company hopes that the alliance with the club will turn its brand into a global household name. The snag is that Evonik doesn’t do any business with end users.

The Essen-based speciality chemical maker has been Dortmund’s shirt sponsor since 2006. It will now buy a 9 percent stake in the club that finished second in the last season. Evonik also locks in its sponsorship rights for 11 more years. According to Ruhr Nachrichten, a local paper, the total deal is worth up to 300 million euros.

It will improve Borussia Dortmund’s financial might and makes it less dependent on fickle sporting success. BVB, which is Germany’s only listed club, follows the lead of Bayern Munich. Sportswear firm Adidas, carmaker Audi and insurance group Allianz all bought minority stakes in the country’s most successful football club. But all three are operating in consumer markets where brand identity is key. That is not the case with Evonik.

A silver lining for Evonik shareholders may be that the company pays a reasonable price for its 9 percent stake in the club. The transaction, done via a capital increase at a 5 percent discount on Dortmund’s share price, values the club at 1.2 times next year’s sales and 5.8 times next year’s EBITDA, Thomson Reuters data shows. When Allianz invested in Bayern Munich this February, it paid three times sales and 19.6 times historic EBITDA. Buyout group KKR valued loss-making Hertha BSC Berlin at 2.8 times sales. Evonik pays a good price for an asset it does not need.

With 256 million euros of revenue in the 2012/13 season, Borussia Dortmund is the second-largest German soccer club after Bayern Munich, which generated sales of 431 million euros, according to Deloitte. Dortmund is Germany’s only soccer club listed on the stock market. Its shares sold at an issuing price of 11 euros in the year 2000. On June 27, they closed at 4.45 euros, 1.8 percent lower than a day earlier.

The club is taking a 26.7 million euro capital injection from its shirt sponsor, chemicals maker Evonik, who will get a 9.06 percent stake in the club in return. Dortmund, also known as BVB, extended its main sponsor agreement with Evonik to the 2024/2025 Bundesliga season. The current contract would have expired in 2016.

The club plans to use the proceeds in the player transfer market, strengthen its equity base and open a representative office in Asia.

Evonik did not comment on the volume of the entire deal. Dortmund’s local newspaper Ruhr Nachrichten, which is usually close to the club, reported the overall value over 11 years is 300 million