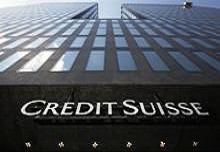 Credit Suisse’s toxic bonus plan is the gift that keeps on giving. Three years ago, around 2,000 employees were forced to take some $5 billion of the riskiest assets from the Swiss group’s balance sheet as their bonuses. Now, recipients are being offered the chance to buy more. What once seemed like a punishment has turned into something of a perk.

Investors in the “Partner Asset Facility” already sit on a paper profit of around 80 percent, thanks to a recovery in the value of the original portfolio. That gain is essentially safe, since most of the assets involved have been liquidated or sold down and the funds are sitting in low-risk, low-return investments. The snag is that beneficiaries can’t get to the payouts until 2016.

To ease the pain of waiting, Credit Suisse is giving participants another bite. They have a chance to plough some of their paper profits back in, buying up to $1 billion of risky assets, including mortgage securities, from the bank’s books. Over a third of participants opted in to a similar offer late last year. Some of the purchases are to be funded by leverage, leaving perhaps half to come from willing PAF holders.

Consider it a kind of arbitrage. Regulators see risky assets as a negative, and require ever higher amounts of capital to be held against them. That makes them a drain for banks. But investors don’t have to worry about capital requirements, and can look at the rewards as well as the risks.

It’s not ideal for the bank’s owners. Since the risky assets are hard to price, they may be sold for less than they could fetch in the market. But the benefits of a slimmer balance sheet should help Credit Suisse juice up its return on equity.

Perhaps the only shame is that what was once seen by investors as a way to spank bankers for their role in the financial crisis has turned into a lucrative investment opportunity. That irony won’t be lost on holders of Credit Suisse stock: its value has fallen by a third since PAF was unveiled.

A logo is seen in front of a Credit Suisse building in Zurich, May 4, 2012. REUTERS/Christian Hartmann

Credit Suisse is extending its Partner Asset Facility, a scheme unveiled at the end of 2008 in which employees were given part of their bonuses in the form of risky assets from the Swiss bank’s balance sheet, according to sources familiar with the situation.

Under the plan, investors in PAF would be able to reinvest some of the proceeds of their original share in the scheme in a pool of assets including mortgage-related securities. The investment would be voluntary, and amount to around $500 million to $1 billion. Some of that amount would be funded by leverage.

The bank is aiming to complete the latest scheme by the end of June. Any dividends would be reinvested, with the final value of the fund to be determined when the PAF winds up in 2016.