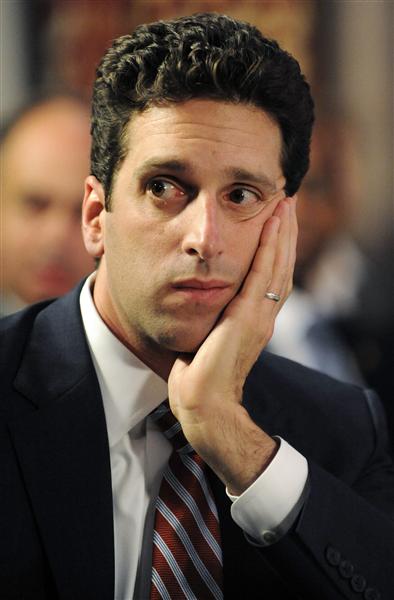 New York state financial watchdog Benjamin Lawsky has put the Federal Reserve in an uncomfortable twist. His threat on Monday to revoke Standard Chartered’s Wall Street license over allegedly illegal Iranian money transfers clanged some alarm bells inside the central bank. The worry is that his surprise risks unsettling customers and depositors.

The Fed, donning its hat as the chief overseer for any potential hazards to the U.S. financial system, has asked Standard Chartered’s New York office to check in every few hours for a “liquidity and numbers check,” according to people familiar with the situation. The concern is that the possibility of the bank’s license being revoked might cause trading counterparties or depositors to flee. That would hamper the ability of Standard Chartered’s New York branch to conduct normal business for customers.

There is no suggestion this is happening at Standard Chartered, which does not comment on its dealings with regulators. The Fed is also mum on the subject. And it’s not necessarily unusual for the Fed to keep tabs on a bank like Standard Chartered. While systemic risk may not be top of mind for a state regulator like Lawsky, or even to his boss in Albany, Governor Andrew Cuomo, it is one of the responsibilities bestowed to the Fed under its role as a so-called macroprudential regulator.

The bank overseen by Peter Sands is the seventh-largest clearer of dollar-denominated assets, handling $230 billion a day, according to Standard Chartered’s website. That’s not massive compared to JPMorgan, which clears $3.2 trillion. So other players in the market would be able to handle any shift in those activities.

Even though things seem under control for now, this has got to be a headache the Fed would rather not have to deal with. That’s particularly the case if the central bank doesn’t see eye-to-eye with Lawsky, who called Standard Chartered “a rogue institution.” If that proves not to be true, don’t be surprised to hear startled Fed officials accusing Lawsky of his own brand of roguish behavior.

The Federal Reserve is monitoring liquidity at the New York office of Standard Chartered, after state banking regulator Benjamin Lawsky threatened to revoke the British bank’s license on Wall Street over alleged Iranian money transfers, according to people familiar with the situation.

The action is coherent with the Fed’s responsibility as the chief macroprudential regulator of the U.S. financial system. The Fed is checking in with Standard Chartered every few hours for a “liquidity and numbers check,” according to people familiar with the situation.