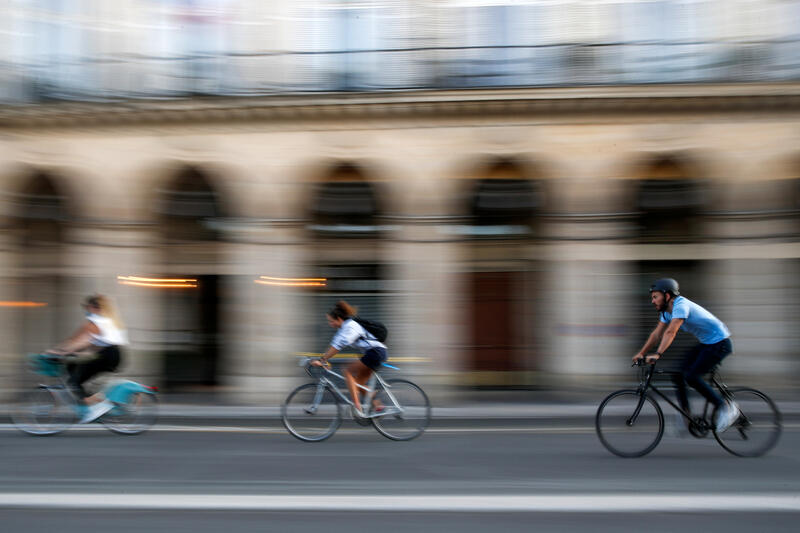 The pandemic led many locked-down gymgoers to binge on online fitness subscriptions. Zwift, a platform mostly for cyclists, is taking advantage with a new $450 million funding round led by private equity giant KKR – at a valuation of over $1 billion. But the exercise subscription glut may exhaust the market for at-home exercise junkies.

Recent entrants in this space are soaring in value. Cycling powerhouse Peloton Interactive’s market cap is now around $24 billion after its share price jumped over 190% this year. Its enterprise value is a full 10 times 12-month-trailing sales, according to Refinitiv, way above fitness equipment peers like Nautilus, which trades at just above 1 times sales. Athleisure maker Lululemon Athletica also said it would buy Mirror – the seller of high-priced fitness streaming devices – for $500 million, five times the sales it expects the startup to haul in this year.

But the actual market for fitness tools may be skinnier than these companies suggest. There are only about 62 million gym members in Europe, according to Deloitte, with a similar number in the United States. Peloton already put its subscriber goal at 100 million.

That leaves just over 20 million for everyone else, assuming Peloton succeeds. And yet Zwift wants to reach a global cycling crowd of over 85 million people. Its virtual training focus means it’ll likely be popular with more hardcore cyclists, obviously a much smaller subset of the wider market.

And reaching regular exercisers isn’t easy. Less than 13 million American adults workout daily, let alone cycle, according to U.S. Health and Human Services and Census Bureau data. Only about 7% of Europeans exercise at least five times a week, according to the World Health Organization, with fewer than 10% of adults in England cycling even once a week.

This Lycra-clad space is getting more crowded, too. Apple just announced a fitness subscription service. More traditional gyms, like Equinox and Gold’s Gym International, are offering virtual classes. And as lockdowns lift globally, fitness centers are reopening. Demand for at-home services – and valuations – could easily start falling behind. Remaining at the front of this congested pack will be a slog.

People ride bicycles in the Rue de Rivoli in a warm and sunny day in Paris, France, September 14, 2020.

Online fitness training platform Zwift raised $450 million in a series C investment round led by private equity firm KKR, the California-based company said on Sept. 16. This values the firm at over $1 billion.

The app uses three-dimensional technology to help cyclists and runners train. It has over 2.5 million accounts registered in 190 countries, according to the company, and the app has been downloaded over 500,000 times from the Google Play store.