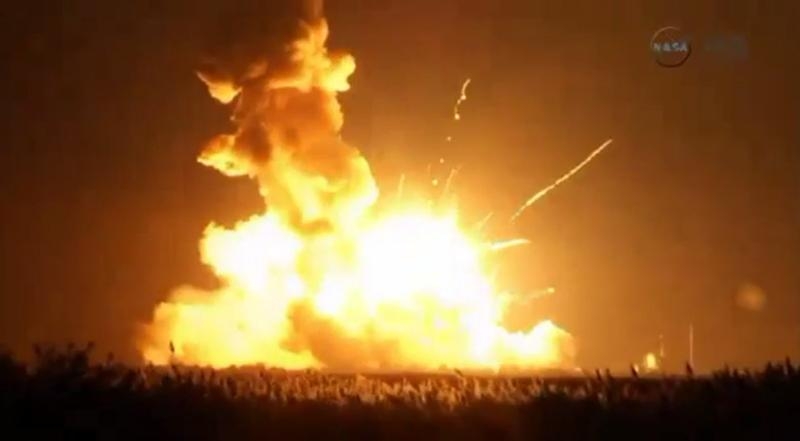 A failure of actual rocket science has lit up the metaphorical kind as it applies to M&A. An unmanned vessel destined for the International Space Station exploded seconds after liftoff on Tuesday, at an inopportune time for the company that launched it. Orbital Sciences is in the final stages of seeking shareholder approval for a $5 billion merger that uses the arcane Morris Trust structure. Could it be that such arrangements are bedeviled by more than just tax-saving complexity?

Orbital is trying to combine with Alliant Techsystems immediately after its partner first spins off another division. The maneuver, designed to minimize Alliant’s obligations to Uncle Sam, is so rare that it’s hard to find another recent example. The 16 percent decline in Orbital’s shares on Wednesday may not derail the deal, but the exchange ratio in the share swap is fixed and “will not be adjusted for changes in the market value” of Orbital or Alliant.

The more “common” variety of Morris Trust is the reverse version, where the entity being spun off buys another company or merges with it. Even this has been tried just 29 times in the last decade with seven deals still pending, according to Thomson Reuters data. For such a small sample, they have attracted surprising misfortune.

Procter & Gamble, which had twice executed reverse Morris Trusts, was forced to abandon a third when an accounting scandal tripped up its would-be Pringles partner. One of the largest two-steps collapsed after a regulator rejected utility Entergy’s $5.6 billion transaction with ITC. Since C&J Energy Services unveiled one with Nabors Industries in June, the shares of both companies have tumbled by at least a third. And when NetScout Systems announced a deal with Danaher in mid-October, it swiftly lost a quarter of its market value.

What looks like a jinxed architecture may be pure coincidence. Or it could be that some companies willing to attempt such financial gymnastics are susceptible to missteps. Former Morgan Stanley investment banking chief Paul Taubman is enlisting the technique to combine his PJT Partners boutique with Blackstone’s advisory business. If a man who knows his way around mergers so well runs into trouble, it would serve as a warning to anyone else tempting the Morris curse.

An unmanned Antares rocket built and launched by Orbital Sciences exploded seconds after liftoff on Oct. 28. It marked the first accident since NASA turned to private operators to deliver cargo to the International Space Station.

Orbital said on April 29 that it would combine with the aerospace and defense arms of Alliant Techsystems in a tax-efficient deal known as a Morris Trust. Based on Orbital’s stock price at the time, the merger was valued at about $5 billion.